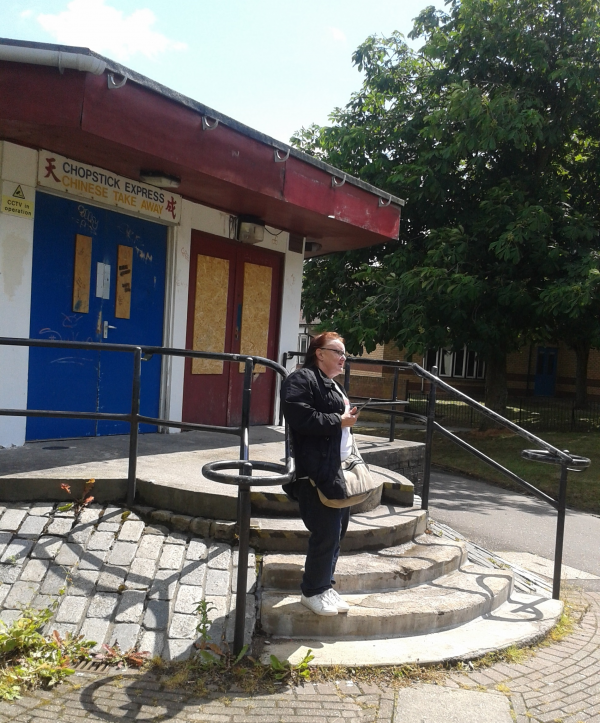 Did you know that Wester Hailes has been used many times in the past for filming productions including the recent Trainspotting 2 Film?

In 1984, Channel 4 filmed The Huts.  The film focused on local residents and their fight to improve local life and was aired in 1985 on Channel 4.

For years people in Wester Hailes had asked for more facilities. They organised the building of the Community Workshop in Hailesland, establishing a local management committee.  The plan was then to have community flats in each individual area.  But despite constant campaigning, the scheme became caught between the new two tier local government, with the District Council being unable to come to agreement with the Lothian Regional Council over who should provide the premises.  So, as with many of the developments in Wester Hailes when official channels would not provide support, the community created its own solution, overseeing the construction of 7 huts.  These community bases provided places where people could meet, groups could be run and services delivered.

You can read more about the filming of the Huts on the From There to Here Blog.

The Huts Film highlighted the strength and community spirit of the local community which is still present with many of the locals today.  The Huts were an important development in Wester Hailes.  It was a vital community hub for people to seek much needed help and support.

I loved the Huts. I went for meetings with the rep council.  CHAI was great, people could go there and get information about anything.  They (the huts) were old by the end, but much loved.

Eunice, a resident in Wester Hailes of 30 years.

Here are some of the excerpts of from The Huts film:

Leave us a comment if you or someone you know was in the film!

News
One comment on “Do you remember The Huts in Wester Hailes?”