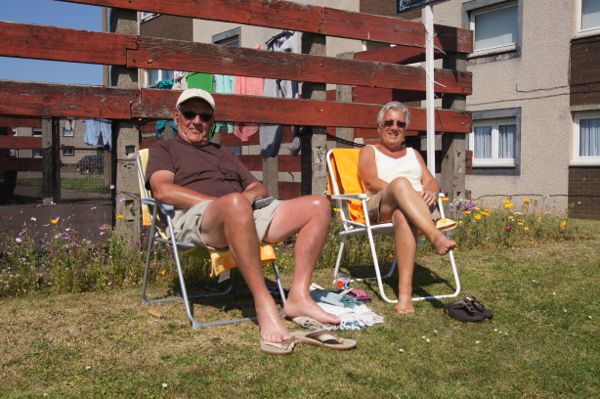 With temperatures this afternoon soaring into the eighties (Fahrenheit) people were out and about when the Digital Sentinel went out for a photo walk. 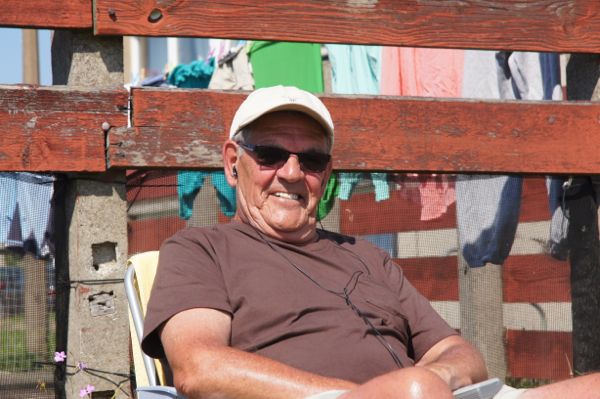 James and Anne Keirnan live in Calder Grove and have been there since 1968 just a short time after they were newly married. 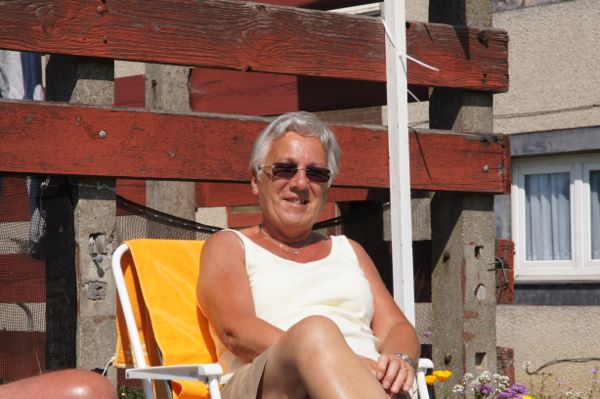 They sowed the area of wildflowers around their block which make it very pretty indeed. 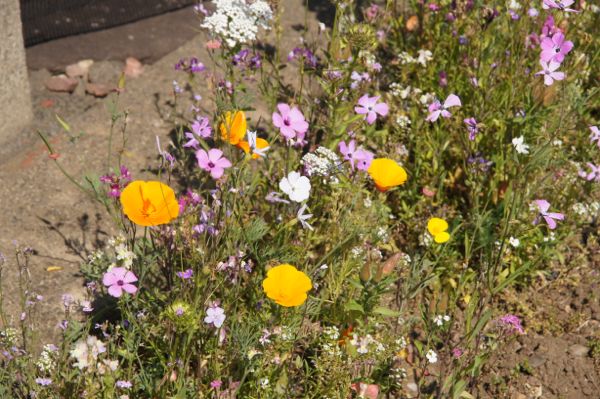 Today they were topping up their tans which began this year when they took a cruise in the Caribbean in March.