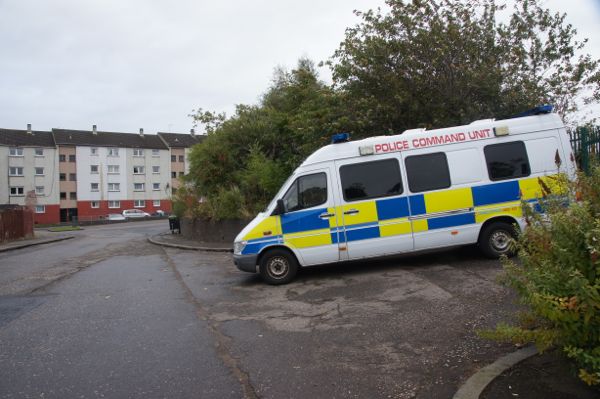 Five men have been arrested and charged following two days of Police Scotland action in the Wester Hailes area of Edinburgh.

Officers from the Edinburgh Criminal Investigation Department along with colleagues from the Divisional Violence Reduction Unit executed drugs warrants at six properties on Wednesday and Thursday of this week as part of Operation Wolf.

The activity resulted in the recovery of around £1,350 worth of controlled drugs and a three-figure sum of cash.
Two males, aged 48 and 50, were charged in relation to offences under the Misue of Drugs Act and will appear at Edinburgh Sheriff Court at a later date, while a 48-year-old was also charged under the Misuse of Drugs Act and was held in custody overnight on Wednesday to appear in court on Thursday.

Two other males, aged 35 and 45, were also arrested in relation to outstanding arrest warrants.
Detective Inspector Stuart Harkness said: “Over the past 48 hours our officers from the Proactive CID have targeted specific addresses in the Wester Hailes area of Edinburgh and subsequently recovered around £1,350 worth of drugs along with money and other items.

“The arrests and items seized represent another success for Operation Wolf and demonstrates that we will not tolerate criminal activity in Wester Hailes or any other community.

“Police Scotland is committed to removing drugs and criminality from our communities, and we are determined to identify and use all available opportunities to target those responsible for serious and organised crime.”

At the same time as Wednesday and Thursday’s Operation Wolf activity, officers from the Major Investigation Team looking into the recent death of Robbie Morrison also continued to gather information surrounding the 31-year-old’s murder.

Robbie Morrison was killed after being stabbed in Dumbryden Gardens at around 4.30pm on Friday 22nd August. Enquiries into the attack are ongoing and officers have been distributing appeal posters throughout Wester Hailes to encourage local residents to come forward with information.

Detective Inspector Harkness added: “The intelligence-led activity in Wester Hailes this week demonstrates that Police Scotland does listen to members of the public and acts on their concerns. It is as a result of available information that we have been able to mount this kind of operation and I would like to thank the community and encourage the provision of further information regarding crime in their area.

“Anyone who has any information on drugs crimes, any other criminal activity in Wester Hailes or, indeed, knows anything which may help the officers investigating Robbie Morrison’s murder is urged to contact Police Scotland on 101 or, alternatively, phone the charity Crimestoppers on 0800 555 111.”

Detective Chief Inspector Gary Cunningham has been leading the investigation into the death of Robbie Morrison and, two weeks on from the incident, is again encouraging local residents to come forward.

“It is clear from our ongoing enquiries that the community holds vital information that would assist us,” explained DCI Cunningham. “And following the emotional appeal last week from the mother of Robbie Morrison, several people have come forward with details that are helping drive forward our enquiry.