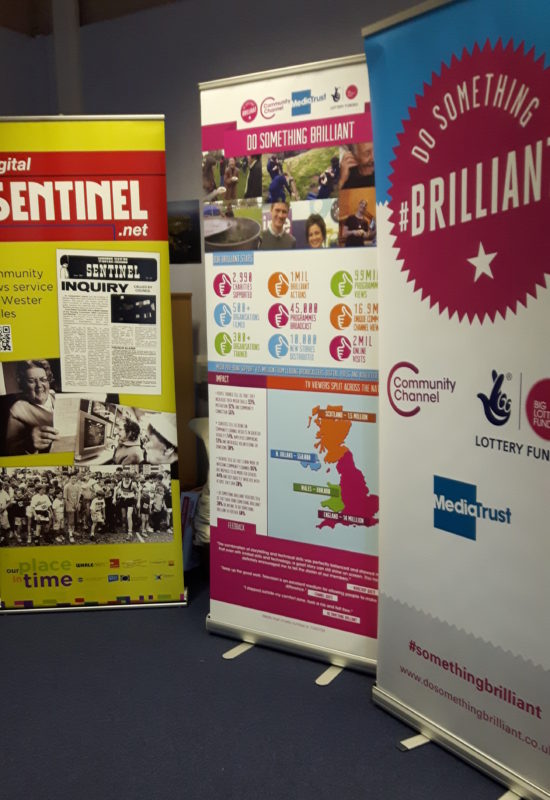 Community Reporter David Jacobs has sent a great report of the Media in Scotland’s Community Event he attended on Friday 22 April 2016.

On Friday morning just after 8.00am I was picked up by Jennifer Jones with my Digital Sentinel Banner in hand. Our destination was Castlebrae Community High School in Craigmillar.

We were on our way to attend a Media in Scotland’s Communities Conference. This conference was organised and brought together by Jennifer Jones (UWS), Peter Murray (Media Trust) David McGillivray (UWS) who worked on creating and bringing together the DIGITAL COMMONWEALTH PROJECT in the run up to the Commonwealth Games in Glasgow 2014.

This was a full-on all day conference with a slightly re-jigged programme of events at the School, due to the current school closures, their school population had increased to help out in this situation.

After a welcome to the school from Norma Prentice the Head Teacher, two senior pupils and Peter Murray (Media Trust) we got under way.

The day was filled with Panels, workshops, film shows, Skype interviews and discussions.

UWS had brought along their state of the art media bus in which I did a chat about the Digital Sentinel. 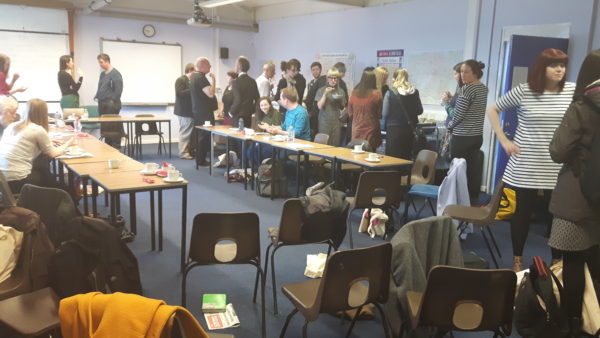 The all day event had a full programme of events taking us up to 3.15pm in the School and from there we continued the event at The White House Community Hub in Niddrie Mains. Where we had the DSB legacy showcase, a reception Screening of The Community Channel Film and speeches and presentation from Phil Sital–Singh (Media Trust) and Emma Whitfield from the Big Lottery.

This was followed by drinks, snacks and networking till the conference finish at 6.00pm

I was a very tired person when dropped of home but it had been a very full on day of information and meeting so many different types of Media people.

Thanks to all at Castlebrae High School for fitting us in during this school shortage problem. 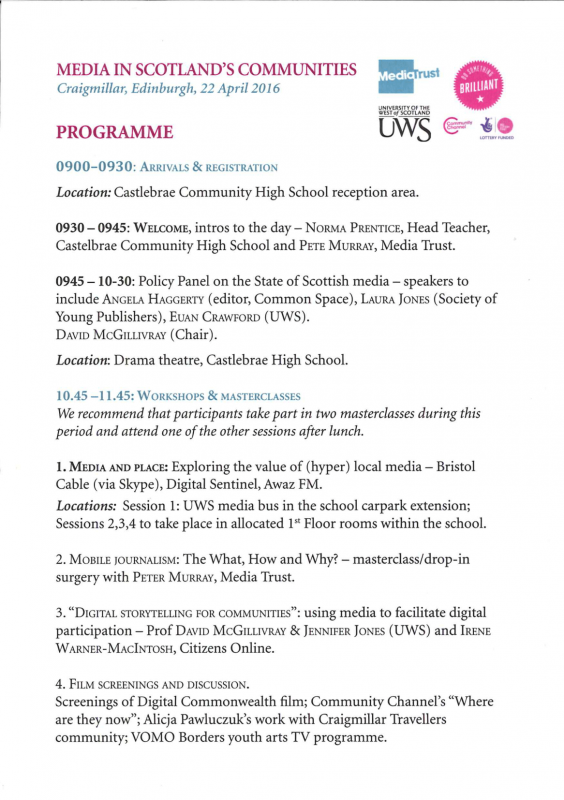 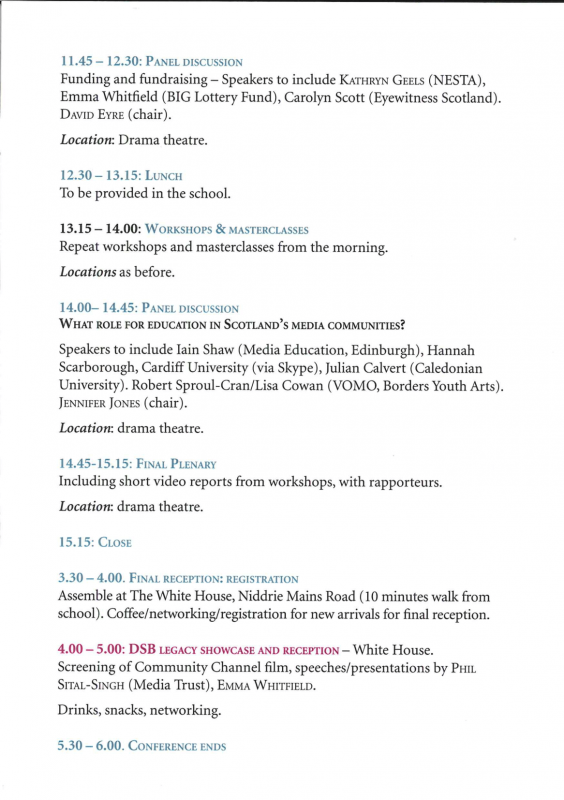