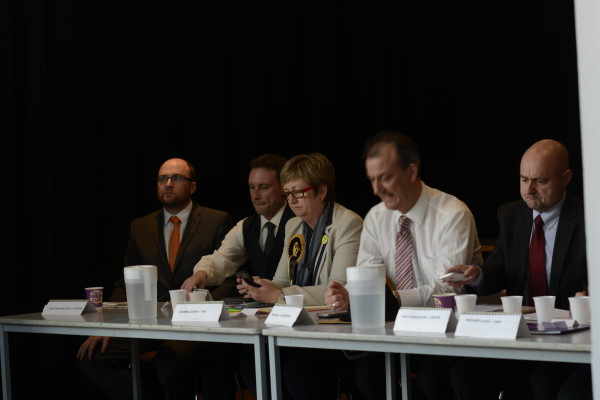 The hustings was chaired by Sean Bell and attended by six candidates,  these were:

The meeting was well attended with upwards of thirty people heading along to listen to the candidates and ask them questions. The candidates were each allowed a short period of time to introduce themselves, give a short background and outline some of the matters they feel are important. Then it opened to questions from the audience with each candidate being offered the chance to answer before finishing for some  snacks and refreshments provided by the Wester Hailes Community Council. 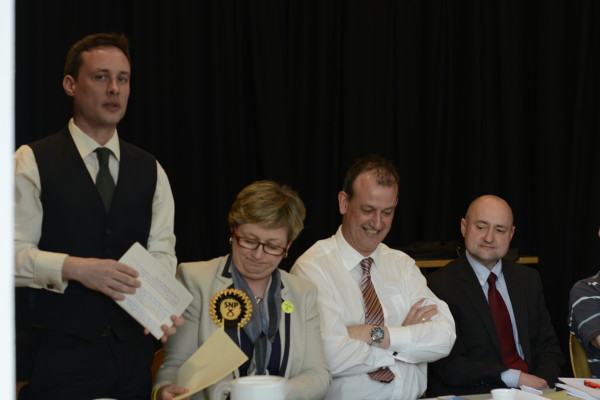 The questions included the difficulties facing the third sector, with the majority of the candidates blaming austerity and that they would try to make it easier for smaller charities to get at larger funds.

Continued investment in Trident was another hot topic with Joanna Cherry and Richard Doherty saying they would scrap it, the other candidates agreeing that they would never want to see it used but that it was part of our defence. However, Dan Sykes did say that if it was up to him he would like to see it scrapped too. 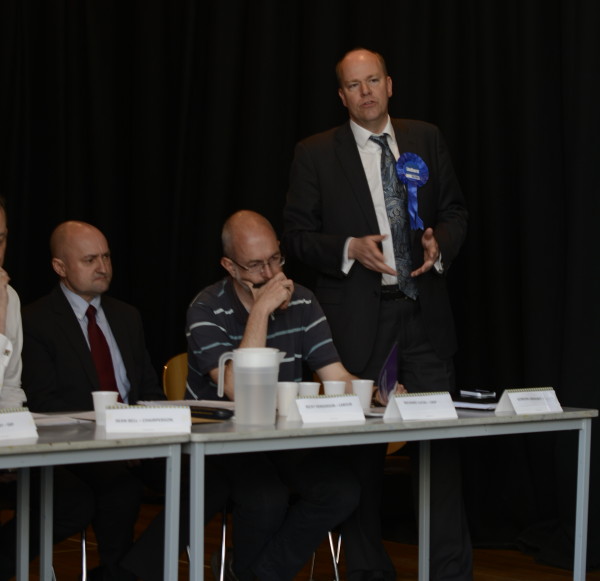 The next area of discussion was the minimum and living wage being too low for younger people. The candidates all agreed that it was unfair that someone be paid less merely because of their age when they could be doing the exact same job and it was something they would look at in the future. Regarding a Living Wage supported by the SNP, the Greens and the Labour Party, Gordon Lindhurst of the Conservative Party added that he felt that its implementation might make it difficult to reward experience as people who work hard for years at a job might be paid the same as someone who just starts. Richard Lucas of UKIP added that the implementation of a Living Wage could harm businesses. 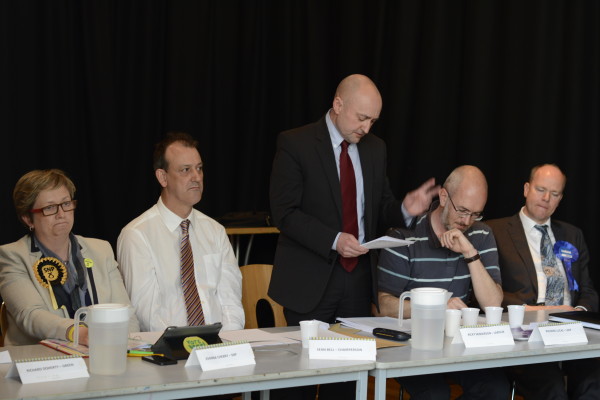 The candidates were also asked whether they disagreed with any part of their party’s manifesto with Ricky Henderson and Joanna Cherry agreeing that the different age bands on the minimum wage for younger people was something they disagreed with and Dan Sykes stating he disagreed with the Lib Dem view on Trident. Richard Lucas added that he wished that UKIP would take a stance on the policies of abortion and assisted suicide. 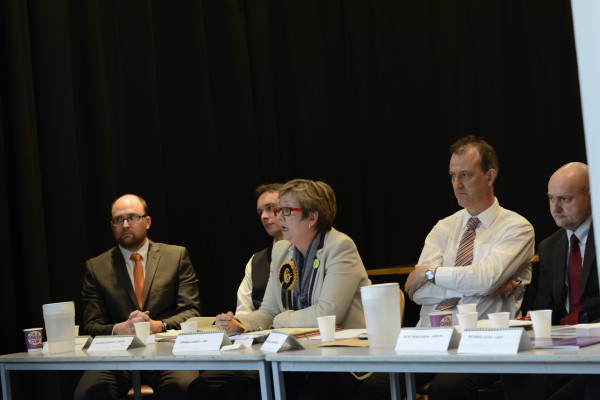 The privatisation of the NHS impacting the cleanliness of hospitals was discussed with every candidate agreeing that the clean hospitals was an absolute priority, Gordon Lindhurst added that this was a devolved matter and that the SNP are in charge of hospitals in Scotland, though Joanna Cherry countered that changes in funding in the rest of the UK impact the amount Scotland gets. The Labour, SNP, Lib Dem and Green candidate all agreed that they were opposed to further privatisation of the NHS.

Finally they were asked what they would do for Edinburgh and the local area, with the main priorities outlined by all the candidates was the creation of jobs, their Party would bring more economic growth, fair wages, employment and benefits. The Green and Liberal Democrat candidates also added that they would make active travel a priority and would work to improve cycle links so people didn’t have to rely on buses or cars.

The event was very interesting and everyone thanked the Community Council for organising it and preparing snacks and refreshments. If you would like to find out a little more about the candidates have a look at our interviews here.