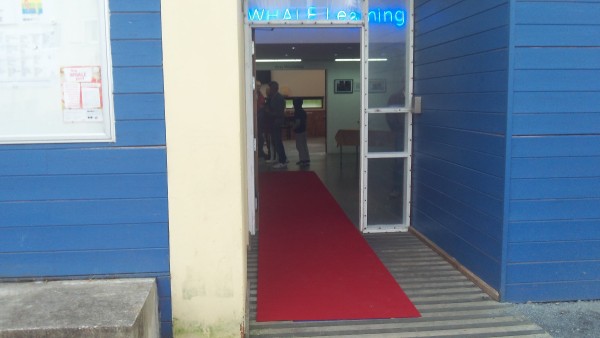 The Film Night premiered several short community films, many of which had been filmed during the festival, and then had a showing of Channel 4’s 1985 documentary The Huts. 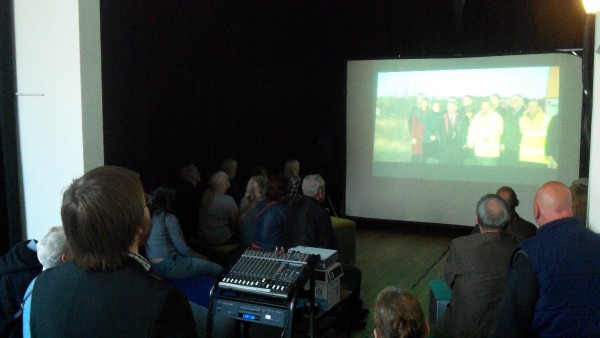 The first video shown was “Let’s Meet at the Underpass” a love song created in Wester Hailes by local people about the reopening of the Underpass from the Healthy Living Centre to Westside Plaza. You can watch an embedded version of the film from youtube below:

“The Big Walk: Poetry in Motion” by Liam Bartie follows a social history walk around Wester Hailes with famous Wester Hailes poet Colin Bartie who read some of his poems in the areas which inspired them.

“Our Place In Time” poem recital by Oliver Benton was the filming of several local people reading the “Our Place in Time” poem by local resident Eoghan Howard, The poem tells the story of Wester Hailes construction and how it has changed over the years.

The third film was a short clip created by STV Edinburgh of the Paint it Back social history walk which took place on Tuesday 23 June 2015. The film showed Fountainbridge show presenter Ewan Cameron returning to Wester Hailes to take part in the Community Connection’s Paint it Back walk where the Edinburgh Sketcher drew images of the walking group and put them over images of the past.

The final short film that was shown was a community film created by Alicja Pawluczuk which highlighted some of the interesting groups and activities that take place in Wester Hailes including the Time Bank, the Digital Sentinel and the drama group at WHALE. 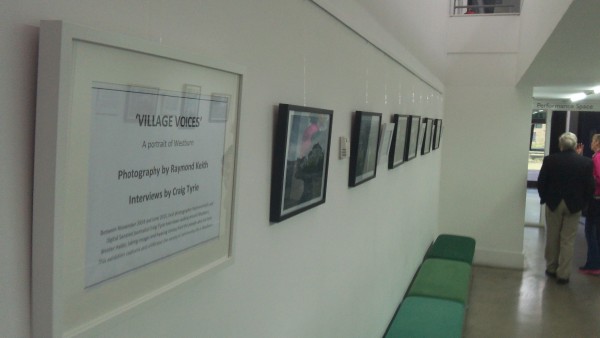 The Film Night was also the launch of photography exhibition Village Voices by local photographer Raymond Keith. The exhibition which shows members of Westburn community celebrating community life contains photos and stories of some well known local faces. The exhibition is currently at WHALE Arts centre and we would encourage people to come and see the photos and read the stories of the participants. They will also be appearing on the Digital Senitnel in the next few weeks with the the longer audio interviews.

The fiilm night was an excellent end to the festival with the fifty people who attended greatly enjoying themselves.