Welcome to the first edition of Redpath’s Corner, our new weekly column from local boxer Lee Redpath! Keep up to date with boxing news and follow Lee each week as he trains for the new season!

I recently found out that I have been added to a huge bill of boxing in my home city of Edinburgh on the first weekend of the new season in September.

I can’t wait to be on this show, there’s some big names on there but I’m mostly excited to be fighting at the Meadowbank Sports Centre which is such a popular boxing venue.

It’s where Alex Arthur boxed many times in his glittering career. It’s where he won the British, Commonwealth, European and interim WBO World super-featherweight titles and where he had some great all-Scottish battles with Commonwealth titleholder, Craig Docherty and future two-weight world champion, Ricky Burns. 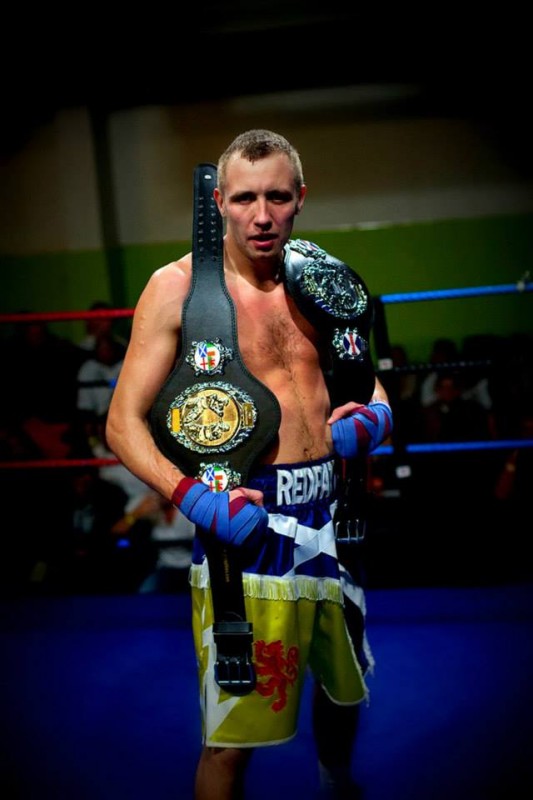 I’m really fired up for this one already and I’ll be looking to extend my winning run to three in three. I’ve won both of my fights as a professional and have even won every round of the 12 that I have boxed so far which gives me a lot of confidence but it’s not something that I concentrate on really, I just want to get in and get the job done.

My pro debut was against Kristian Laight (9-192-7) at the Miners Welfare Club in Cleland in September last year and my second fight was with Paul O’Brien (0-3) at the Fauldhouse Miners Welfare in West Lothian in February this year.

This third fight will be a different format for me, changing from six-two minute rounds to four-threes but I spar three minute rounds in training anyway so it’s not much of a difference for me, really.

My training camp has started already but I was always ticking over anyway as I’ve always looked after myself in between fights so that I don’t go up too much in weight.

Preparations have been going alright so far and I feel good, it’s just a case of getting the ring fitness back again. I’ll be sparring Craig McEwan who is also my best mate and the man that got me into boxing in the first place. Craig started his career off in America signed to ten-time world champion, Oscar De La Hoya and had his pro debut at the MGM Grand in Las Vegas!

I told my manager, Paul Graham that I just want to be as active as possible in the new season and he’s not let me down yet, so long may it continue!

For tickets to the show please visit http://www.leeredpath.co.uk/
To follow Lee Redpath on Twitter click here @LeeRed7
Lee Redpath would like to thank his sponsors Westsider Bar Edinburgh and Multipanel Collection and Tweed Solutions and PR Manager Tim Rickson.