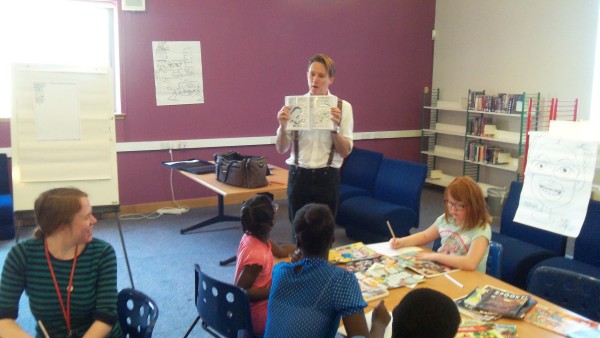 Wester Hailes library welcomed comic book artist Kev F Sutherland along to hold one of his comic book masterclasses with the kids.

The Incredible Hulk, Minnie the Minx and Lionel Messi were all drawn as Kev F worked with the kids to help them produce their own comic book, Dark Lava!

Encouraging the children to draw their own characters. Kev F showed them how easy it was by showing one boy, who said he couldn’t draw, that by drawing a few shapes and lines he could create Bart Simpson.  After the kids designed comics using the characters they had created.

Once they had started there was no stopping them, with the kids suggesting titles for their very own comic book. Dark Lava was voted the best with other suggestions including the Rise of Camel Man and the Danger Rangers.

Here is some photos of the final comic cover and a caricature Kev F did of our very own reporter Craig. 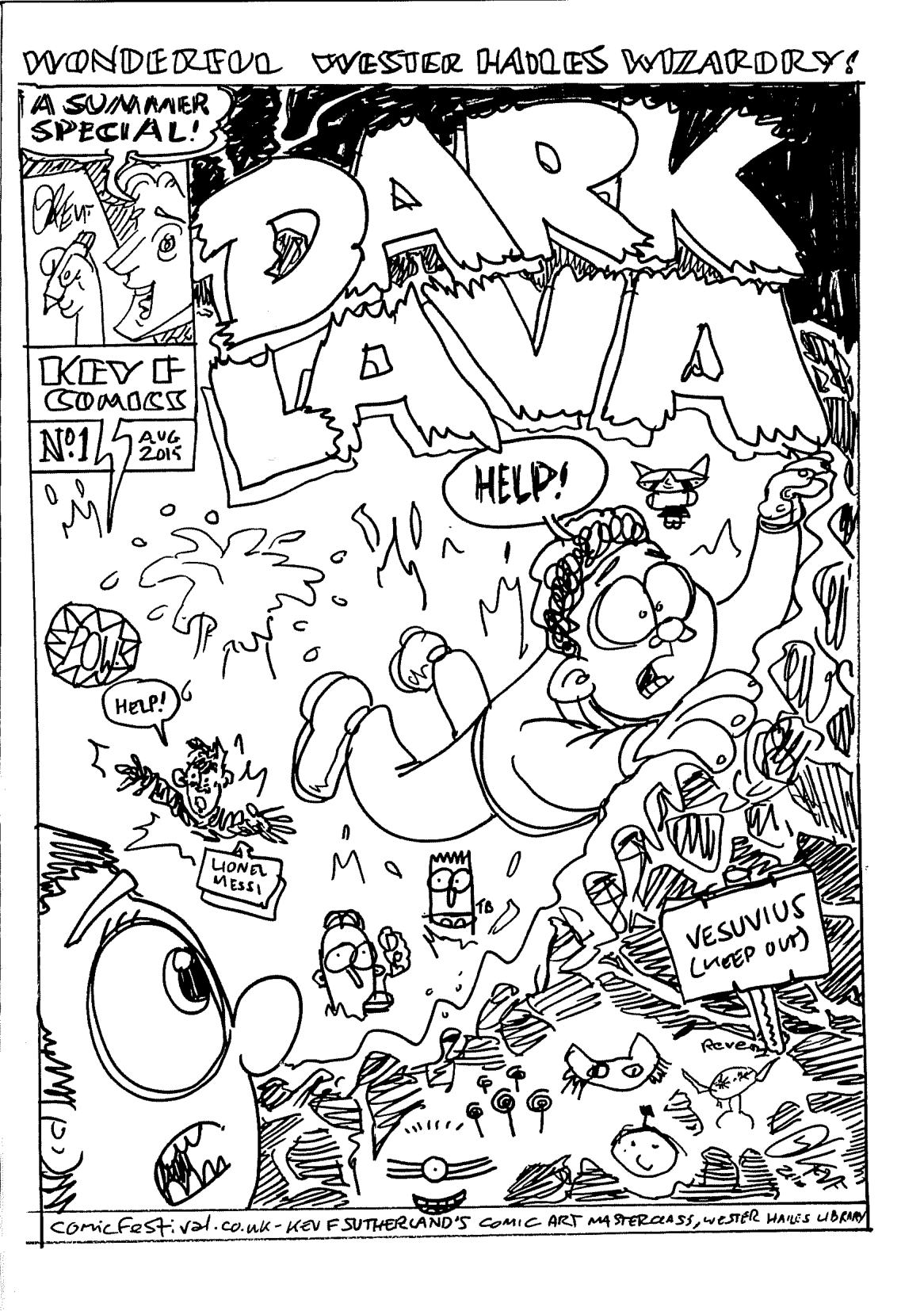 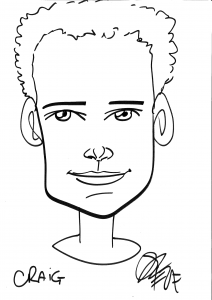 All the children were given a copy of their completed comic book to take home as well as a caricature drawn by Kev F.

Have a look at our photos below: