Unbeaten light-welterweight, Lee Redpath (2-0) next fights at the Meadowbank Stadium in his home city of Edinburgh on September 5 2015.

As a huge fan of Alex Arthur, Redpath is ecstatic at the thought of fighting in the same venue where his boxing idol once fought against Michael Gomez for the British and WBA Inter-Continental super-featherweight titles in an historic night of Scottish boxing in October 2003.

“I don’t know what to say really, I’m honoured to be on the show,” enthused Redpath. “It’s a massive venue and it’s where Michael Gomez and Alex Arthur once fought so it’s steeped in history. It’s the number one venue in Edinburgh, without a doubt.”

The epic Arthur – Gomez encounter was the first professional boxing card in the city of Edinburgh for almost 20 years in front of a sold out Meadowbank crowd and boxing promoter, Frank Warren called the fight, “The greatest contest seen on these shores since Nigel Benn beat Gerald McClellan in 1995.”

Gomez went on to become the WBU World super-featherweight champion and the Amazing Alex Arthur managed to regain the WBA strap in his next fight at the same venue seven months later against Michael Kizza winning via first round KO.

The last time the venue was used to stage boxing was on Saturday 14th April 2012 when Arthur staged his self-promoted, ‘Homecoming’ event for the return of Redpath’s best pal, Craig McEwan to Edinburgh.

The 32-year-old boxer shared his memories of the famous venue, “I watched one of Craig McEwan’s fights at the Meadowbank on one of the first AAA Promotions shows. It was his first fight in Britain after boxing for years in America on Golden Boy shows. He fought Paul Morby in April 2012 and won every round on points. He fought there again the same year and knocked out a decent Polish boxer in the second round.” 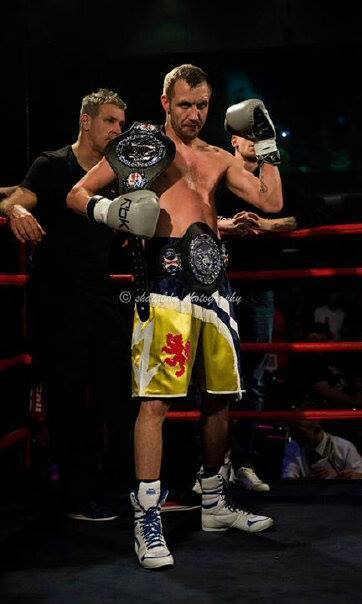 The talented southpaw counts the former Freddie Roach protégé, McEwan as his training and sparring partner since his return to the UK after spending most of his career in the States signed to Oscar De La Hoya’s Golden Boy Promotions since his pro debut at the MGM Grand in Las Vegas in 2006.

The MGM Scotland Promotions show titled, ‘New Era’ on September 5th will be the first event at the Edinburgh multi-purpose sports facility in over three years and features over six local boxers from the country’s capital including cruiserweight, Stephen Simmons (11-1) and super-middleweight, David Brophy (13-0-1) and is likely to be a sell-out show.

“I’m not going to be used to the size of the venue as I’ve been used to boxing in social clubs so far but I’m really looking forward to it especially as it’s in my hometown so I’ve got a big crowd coming already and there’s still four weeks to go for ticket sales,” said the excited Redpath.

“I’ve sold over 100 tickets already and there’s seven other boxers and some big names on the bill such as Stephen Simmons and David Brophy so it will be a sellout show.”

The 32-year-old turns 33 just one week ahead of the fight and has so far managed to win all of his 12 rounds in the pro ranks with one knockdown in his last contest against Paul O’Brien (0-2) and will be looking to extend his winning run to three in three.

He said of his plans for the remainder of the year, “I was getting my medicals done in the week and my manager, Paul Graham was talking about getting me out again in October. I just want to take it one step at the time but I’ll have a couple of days off after this next fight and then get straight back in the gym for the next date.

“I wasn’t that active last year but I’m hoping to be at 5-0 by the end of the year. If I make a good impression on this show then I could get back on their next one.”

Redpath concluded with a message to his fans, “I’ll put on a good show and thanks to everyone for buying tickets and to anyone else, please come and support me on the night.”

For tickets to the show please visit http://www.leeredpath.co.uk/

Lee Redpath would like to thank his sponsors Westsider Bar Edinburgh and Multipanel Collection and Tweed Solutions and PR Manager Tim Rickson.