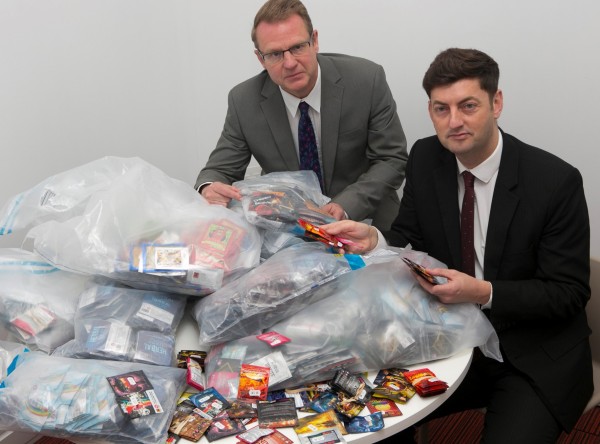 Councillor Day with Colin Baxter, Licensing and Trading Standards Manager for the City of Edinburgh Council.

The City of Edinburgh Council has successfully begun to crack down on the sale of dangerous NPS (Novel Psychoactive Substances).

Trading Standards officers from the Council are the first in Scotland to be granted Forfeiture Orders from the Sheriff Court declaring NPS products – incorrectly known as “legal highs” – as unsafe.

Officers, supported by Police Scotland, have used the orders to target 13 stores in the Capital which were known to sell them. Eight of these stores have now voluntarily handed over their stock of NPS to Trading Standards. These products, which have a retail value of up to £50,000, will now be destroyed.

Retailers were warned that the sale of NPS breaches General Product Safety Regulations 2005 legislation, and that they must clear them from shelves.

The ground-breaking move is the latest step in the Council’s battle to stamp out the use of these potentially lethal items.

In a report to councillors in January this year, NPS were stated to be linked to a rise in physical and mental health issues, violence, anti-social behaviour and even deaths. Community safety wardens have also reported a rise in the number of discarded needles being found.

The Forfeiture Orders cover a large number of chemical substances and brand names, but mean that the principle will be extended to cover any NPS products for sale within Edinburgh. Trading Standards will now monitor the shops to make sure that the products have been removed from sale, and have either been handed over or have been returned to suppliers.

They were granted following close work between Trading Standards and the Crown Office and Procurator Fiscal Office, and Police Scotland. 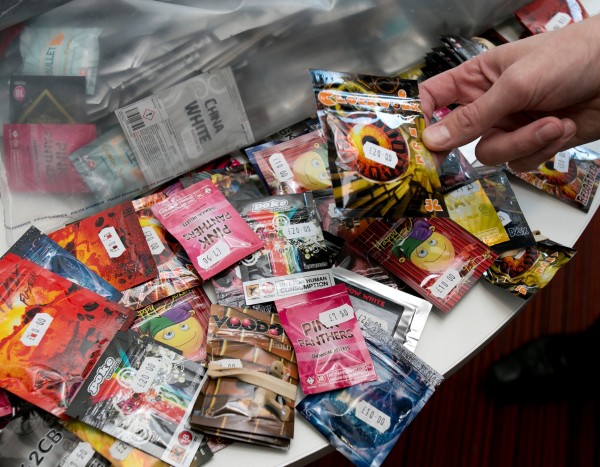 This crackdown on NPS will come as good news to the Wester Hailes community. The sale of ‘legal highs’ has been a concern and has been raised at both Open Space events as well as several Community Council meetings.

This is a hugely important step in our bid to get rid of so-called legal highs. There is overwhelming evidence that they have a devastating effect on individuals as well as communities, and we are grateful that the Sheriff Court agreed with the evidence that we presented to back this up.

The granting of these Orders has confirmed our suspicions that these products are dangerous, and as such, Trading Standards’ Officers now have the power to seize these potentially lethal substances from those who sell them.

This is not just good news for Edinburgh, but Scotland as a whole. We will continue to work closely with Police Scotland to tackle the damage done by drugs, and NPS in particular, so that the health and well-being of citizens is protected.

We’re supporting our colleagues in Trading Standards to prevent the distribution of NPS in the capital and protect people from substances that are not safe.

Edinburgh is the first local authority area in Scotland to have been granted an NPS Forfeiture Order. We have made it clear to a number of premises that if they do not comply with this order they can expect to face further action, including prosecution.