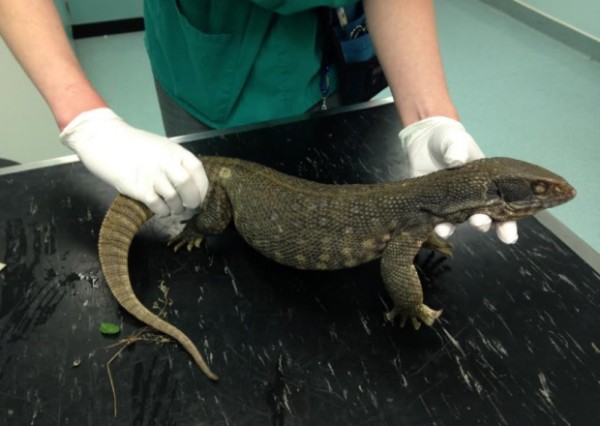 The Scottish SPCA is appealing for information after a two foot long lizard was discovered next to a canal in Edinburgh.

They were alerted when the bosc monitor was found by a member of the public in the Wester Hailes area of the city on 14 October.

The reptile is now in the care of their Edinburgh and Lothians Animal Rescue and Rehoming Centre in Balerno, where he has been named Jim.

The bosc monitor was stone cold and quite poorly when he was found.

The person who spotted him initially thought he was a toy as he wasn’t moving.

We suspect Jim has been abandoned, although we can’t rule out the possibility he has gone missing from home.

If anyone has any information we would urge them to contact our animal helpline on 03000 999 999.