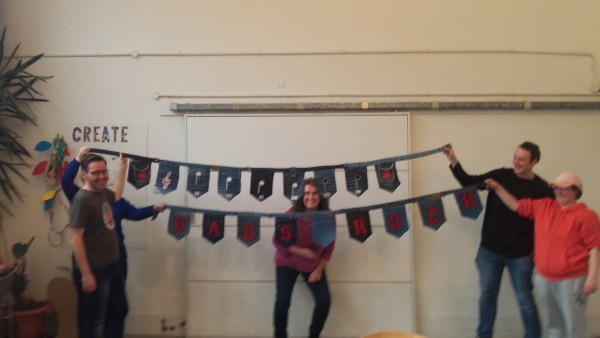 The bunting was created after some of the dads complemented the bunting Stitch ‘n’ Time created for the Community Connections Festival during one of their playgroups. Stitch ‘n’ Time, after chatting with David and Thomas, the co-founders of Dads Rock, decided to put their heads together and design some rock and roll themed bunting.

The finished design was created using denim from old jeans which were donated and has the sheet music for “We will Rock You” (a favourite of Dads Rock) printed on it. The new bunting will be on display at the WHALE Arts centre during Dads Rocks weekly playgroups and may be used when they go on trips.

Stitch ‘n’ Time, which is based at the WHALE Arts Centre have created a series of textile displays for local organisations. After finding out about Dads Rock and seeing the work they do Stitch ‘n’ Time decided they wanted to support the group and working with the West Edinburgh Timebank created a Princess and the Pea display to help with story telling sessions. They have also worked with Clovenstone House, the Calders Community Garden and some of the childrens’ groups at WHALE. 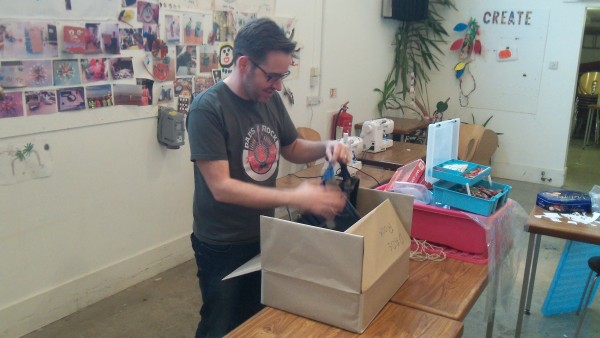