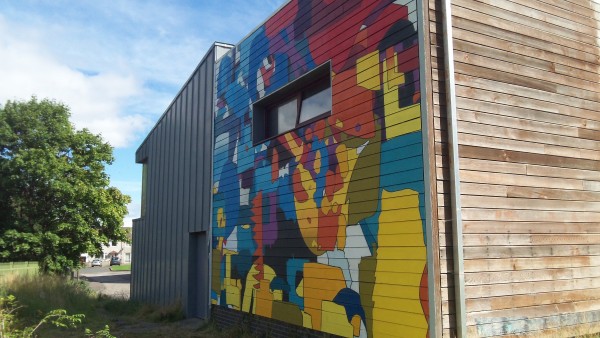 WHALE Arts held their AGM and annual Christmas celebration last night, having a lot of fun listening to some local music and drama performances.

The AGM ran from 6.00pm – 6.30pm and was guest chaired by local Councillor Catherine Fullerton. Manager Allan Farmer and board member Lorraine Johnston reported that it had been a successful year for WHALE, the number of participants had increased by 24%, and that changes to the organisations has meant that they are in a better position financially.

Two members of the board stepped down. New member Kenny Newey was elected and David Corcoran was reelected. 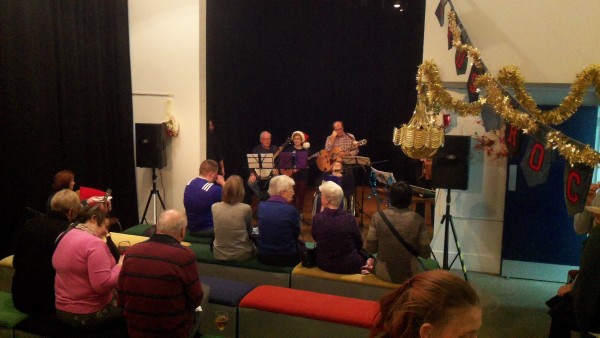 WHALE’s music group South West Sounds then performed a selection of Christmas songs, some of which had been written by the group. Finally the drama group Whales Without a Cause performed a Christmas show and had a lot of fun redecorating some of the audience in Christmas lights and tinsel.

The event was also attended by local crafters selling some of their products. Textile group Stitch ‘n’ Time held their Christmas raffle. First prize, a fabulous knitted Santa went to Dawn Borthwick with winning ticket 34 and the second prize, a knitted Christmas stocking went to Duncan Wolohan with ticket 250.