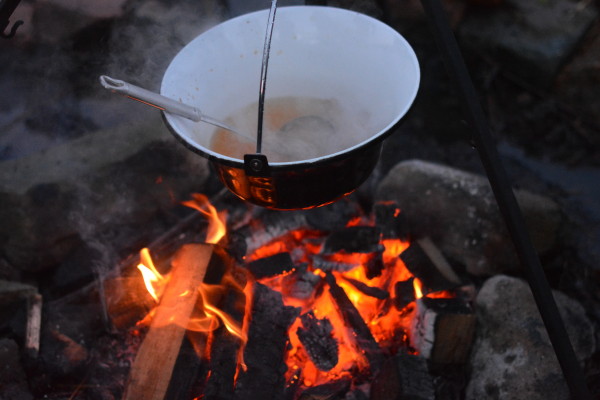 The purpose of the Wassail is to herald in the new planting and growing season of the fruit trees in the orchard or gardens. Songs are sung and in some cases drinks are poured around the roots of the trees in thanks for the new harvest to come and the harvest past.

After having to shelter from a shower of rain under the canopy singing a couple of Wassail songs, we then gathered around the fire after and drank some hot mulled apple juice with cinnamon and herbs. 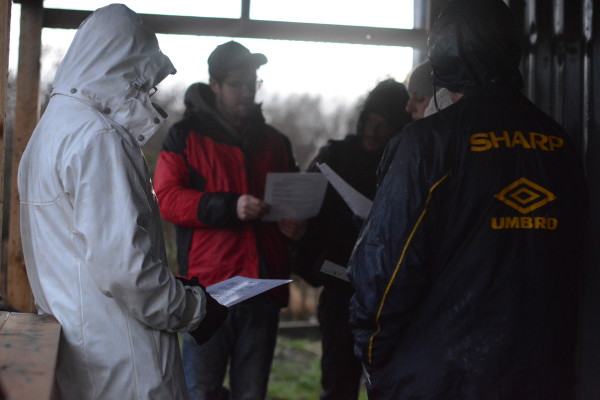 After which we headed along to the Calder’s Sheltered Housing complex to make some Cullen Skink Soup and Celeriac Soup, and to discuss future plans for the Orchard which would possibly involve some planting of new trees and a workshop on tree maintenance.

A plan has been discussed and more details will be published soon regarding dates and times in March for tree planting and workshops. 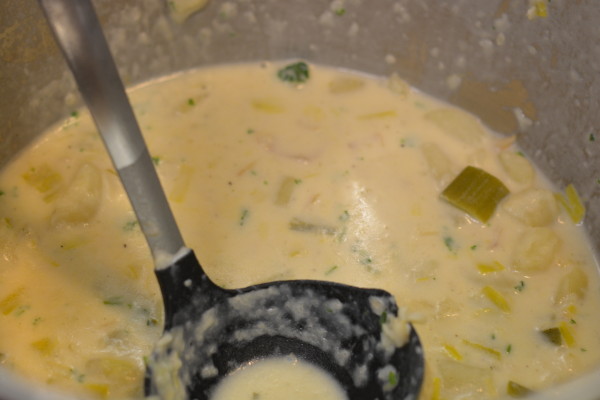