Asylon Theatre have announced that they will be performing their critically acclaimed children’s play, Fraxi Queen of the Forest, at WHALE Arts this Friday 4 March at 4.00pm.

The play premièred at the Edinburgh Festival Fringe 2015, where the team were met with critical acclaim for transforming a scientific narrative into a deeply moving piece of children’s theatre about friendship, resilience, and the natural world.

The performance will be free of charge with the group instead asking for donations. Please call 0131 458 3267 to learn more about reserving your place. Discover Asylon Theatre here: http://www.fraxi.co.uk/home.html 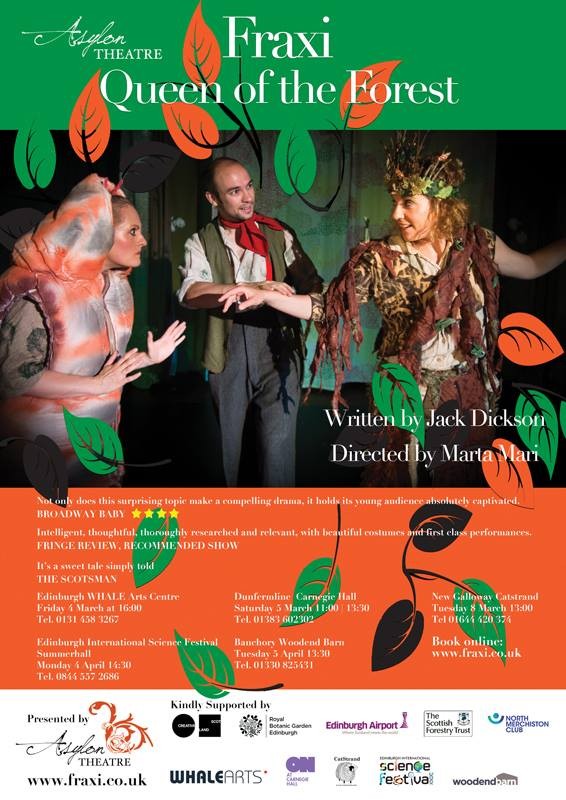