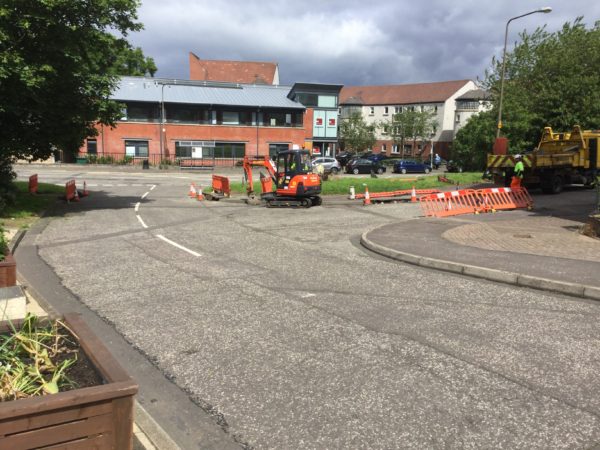 The Wester Hailes Community Council have continued their successful streak following their application to have a troublesome bus stop improved with work now starting on improving pavements in Westburn.

After the application which saw the bus stop changed the Community Council learned that they had been the only community group to apply to the fund and that they were welcome to suggest other changes that could be made.

The Road & Footways Neighbourhood Environmental Projects fund is open to community organisations who can make a bid in order to make changes to roads and footways to make then easier and safer to use.

Spurred on from their success, representatives from the Community Council decided to have a look around Westburn, an area which was missed out at first due to a lack of time. 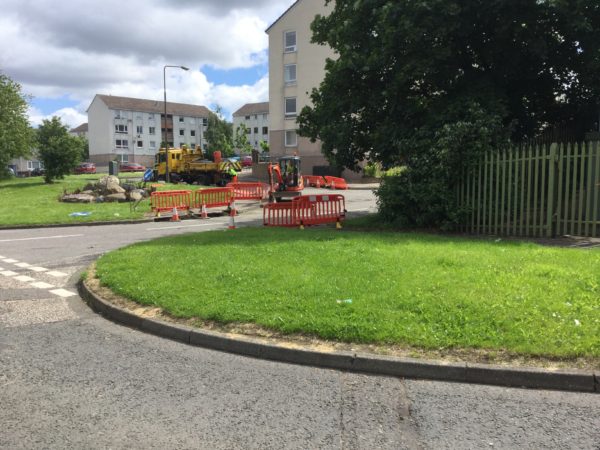 They identified several paths which they felt could be altered, making them more accessible to families with small children or people with mobility issues.

Of these, one was successful meaning that curbs located on the pavements at the bottom of Westburn Grove, opposite Prospect and the WHALE Arts Centre will be lowered making the area more accessible to families with young children and those with mobility problems.