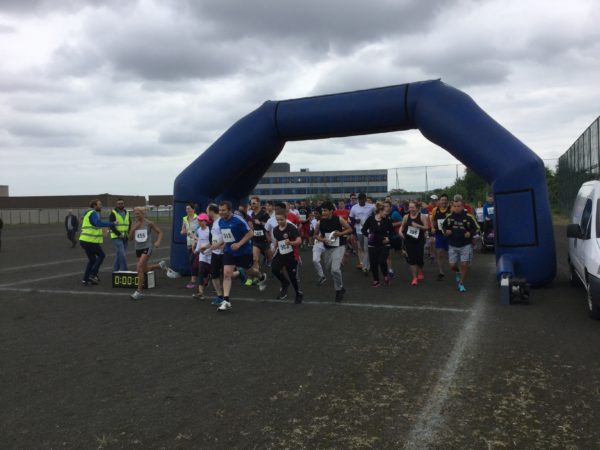 There was a presentation before the event where local MP Joanna Cherry gave certificates to the winners of the Fun Run poster design competition. This year, first place went to Jakub Janusz but due to the number of great entries there was also a second place which was awarded to Ivy Mowete.

There was even a guest appearance from Spider-Man who was raising money for the Clovenstone Boxing Club offering the chance to win a pair of his boxing gloves if you took a selfie with him for a pound.

Then it was warm-up time! The runners were led through a series of exercises and dances to make sure they were ready. You can see a short video below.

After the quick warm up they were off! Several local organisations were well represented at the event with teams from WHALE Arts, SCOREscotland, especially their Knots and Crosses Youth Club, the Clovenstone Amateur Boxing Club and many others.

The SCOREscotland team with their medals.

SCOREscotland starting the warm up!

The WHALE Arts team before the run!

After the race, local MSP Gordon Macdonald presented several people with awards, these included a  new category “1st Veteran” which was awarded to the first runner back aged over 50. The award for this category was the John Aitchison Memorial Shield a new trophy dedicated to Former Chair of the Community Council John Aitchison, who sadly passed away in April. John had been a huge supporter of the Fun Run and helped relaunch it.

This years winners were: 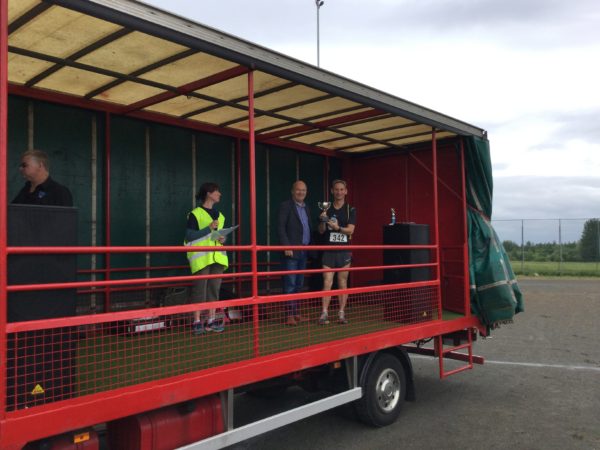 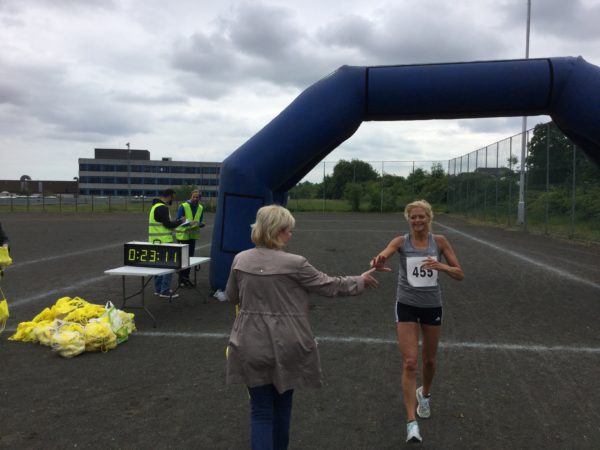 The first woman woman back was Sharyn Ramage whose time was 23:10, unfortunately she wasn’t available to be presented with her award. 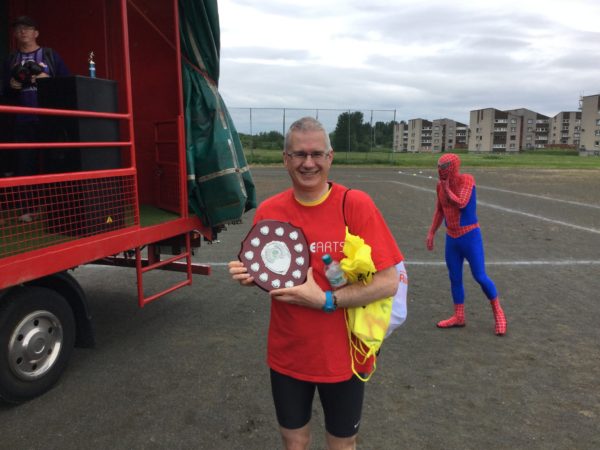 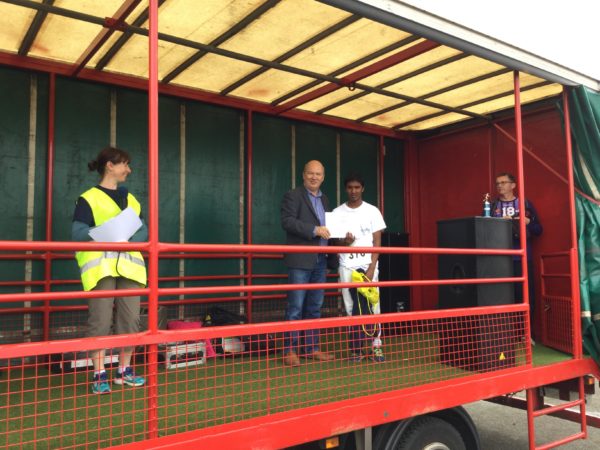 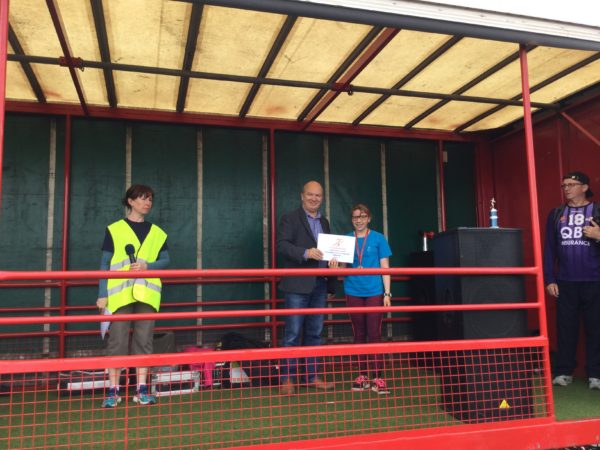 The Fun Run organisation committee would like to thank all the volunteers who helped steward the race.

You can find more photos of the event here.