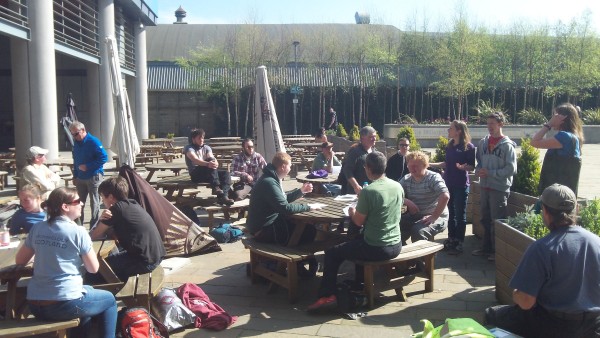 Canal College held an event on Thursday, 23 April 2015, at Edinburgh Quay where they invited people to come along and share some of their stories and memories of the Union Canal.

Guest speakers attended the event to share stories including working in the brewery, building your own boat and some of the redevelopment work currently going on at Fountain Bridge. 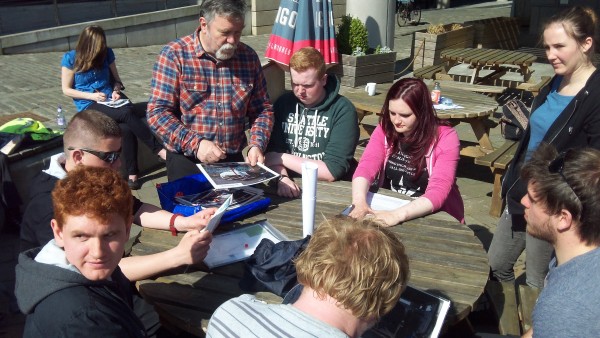 As part of the programme the group, assisted by Cara Jones of Archaeology Scotland, interviewed people who attended the event. They were asked to share their stories and if they had any interesting memories of the Canal and how it has changed over the years.

The event was also attended by the National Trust for Scotland who had brought collections of dried leaves and magnifying equipment to show people some of the wildlife that can be found along the canal.

Canal college Edinburgh had a fantastic day at Edinburgh Quay interviewing local people to capture their stories of what the union canal means to them. It was amazing what we discovered, everything from dinosaur footprints to stories of working during the industrial era of the canals with smelly dirty factories lining the waterways. Thanks to everyone who came down.