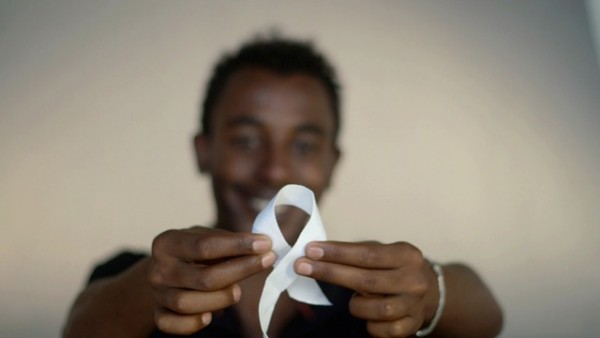 A group of refugee men who fled from their homes in countries including Eritrea, Ethiopia, Sudan and Syria to seek sanctuary in Scotland, have launched an online short film calling on other men to stop violence against women.

‘A Strong Man’, which echoes the messages of the White Ribbon Scotland campaign, calls on men of all cultures and faiths to take pride in being gentle and to teach their friends, families and communities, that violence against women is wrong.

The film was made by 67 men from the Maryhill Integration Network’s men’s group who originate form 11 countries, with the support of Glasgow film-makers media co-op.

Firew Desta, a refugee from Ethiopia involved in the making of ‘A Strong Man’, said:

The topic of the film project is a really important one because violence against women is happening in cultures and communities all around the world.

We wanted to send a strong message that violence against women is wrong no matter what your culture or religion. We must teach our children this; to be respectful and listen to each other. This film gives us a chance to help to change attitudes.

All of these men have fled violence or the threat of it to seek safety in Scotland, so this is an issue that resonated with them.”

The film allowed the men to use their considerable skills, and also to find a way of communicating a powerful message to other men in their communities, in wider Scottish society and beyond. It’s been a powerful and positive process. 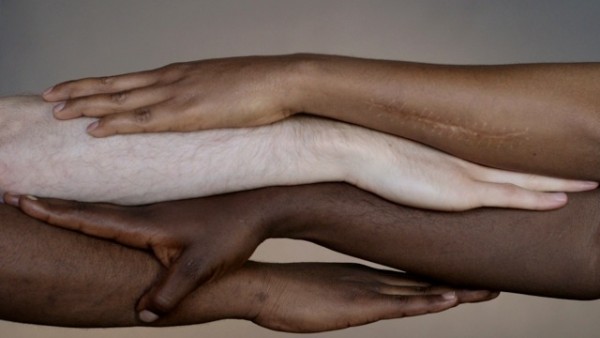 Vilte Vaitkute of media co-op, who developed the film with the group over a period of eight months was impressed by the ideas and creativity the men brought to the project.

I was blown away by the fact many of the guys have suffered torture and violence themselves in their own countries, and are so sensitive about issues of violence against women in the home.

The two-minute film, which is available in English, Arabic, Tigrinya and Amharic, reflecting the first languages of men involved, will be distributed by an online social media campaign and available for interested men’s groups, community groups and other organisations.

It is vital that men are able to raise awareness of nature and cause of the issue and to challenge the attitudes of those who excuse violence against women or gender inequality.

Here is an embedded copy of the English version of the film, it is also avaliable in Arabic, Tigrinya and Amharc.