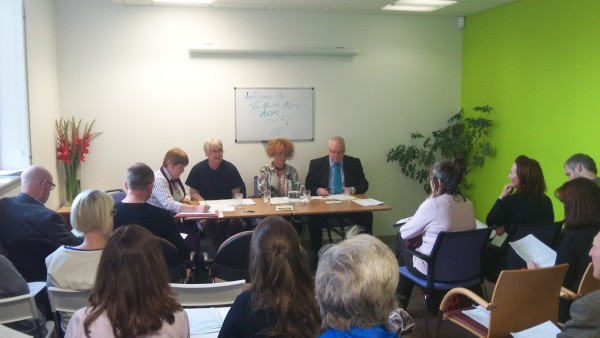 The Health Agency held their AGM today at the Healthy Living Centre. Three board members stepped down with two being re-elected and one new member, George Wilson, was elected. Eoghan Howard will continue in his role as Chairperson.

Chairperson, Eoghan Howard gave a report on the success of being in the Healthy Living Centre and how it has allowed the Health Agency to work more directly with partners in the NHS and Edinburgh Council. He stated that this has allowed a greater exchange of ideas and new changes in practices. He also mentioned how the building acts as a space for linking art with positive well-being. 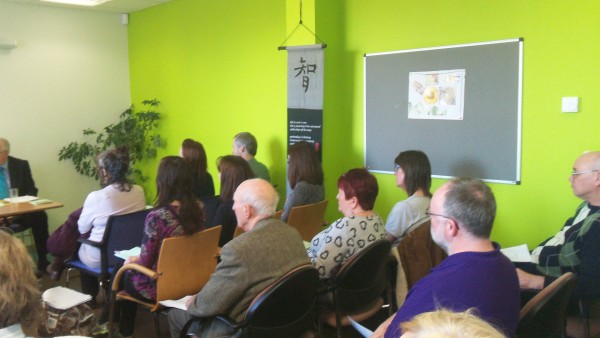 The finance report outlined that the timing of project funding has meant that there was a £35,000 deficit last year and a £35,000 surplus this. The report raised hopes that the Agency will be running a surplus towards the end of the financial year which will be used to build up reserves.

Manager of the Health Agency, Linda Arthur, gave a report highlighting the success of the Health Agency in overcoming the challenges throughout the year and becoming stronger as a result. She outlined the continued practice of making local people paramount and using local knowledge to meet peoples’ needs. Finally, she stated that they plan to continue acting as a route for participants to be active in the community and helping people have positive physical and mental health. 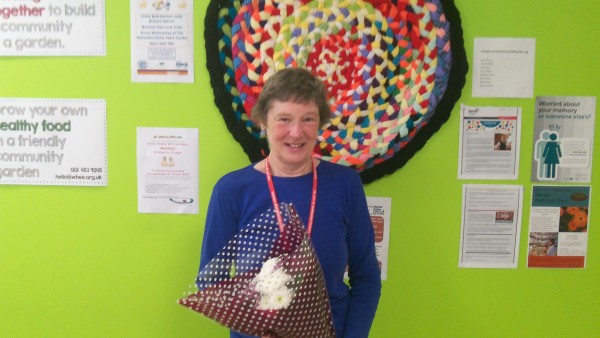 Volunteer Lesley with her new flowers.

The Health Agency also took the time to thank all their members, staff and volunteers who have helped them over the year. One volunteer who will have been helping the Health Agency for three years this week received flowers.

Finally the Health Agency offered some delicious food to everyone who was at the AGM as well as some complimentary taster sessions of some of their therapies including chair massage and Indian head massage sessions. 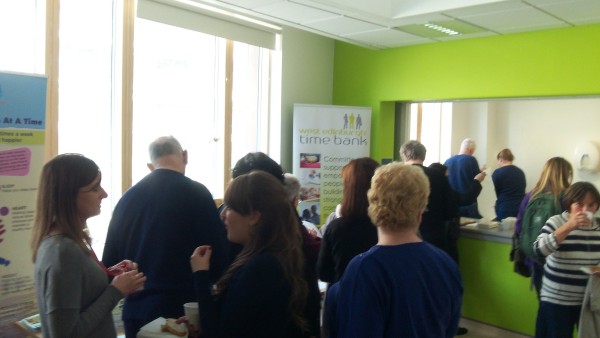 Everyone queuing for some food!