The South West Edinburgh Community Sports Hub have announced that due to the popularity of their previous walking football pilot in Balerno that they have launched a new group at Heriot-Watt university.

Walking Football is an increasingly popular activity among football enthusiasts who are either too old or physically unable to play full competitive football but still want the thrill and enjoyment of taking part and being part of a club. Currently, there is a very successful session at Balerno Community High School on Fridays from 4:30 -5:30pm, which has grown in popularity recently, especially after a TV appearance on The Fountainbridge Show. 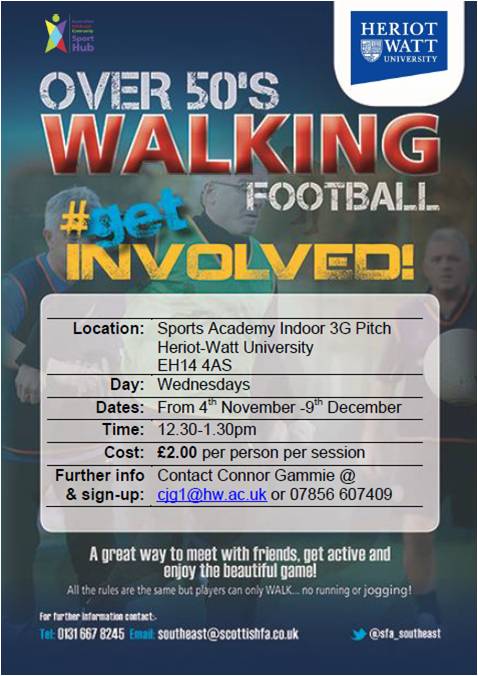