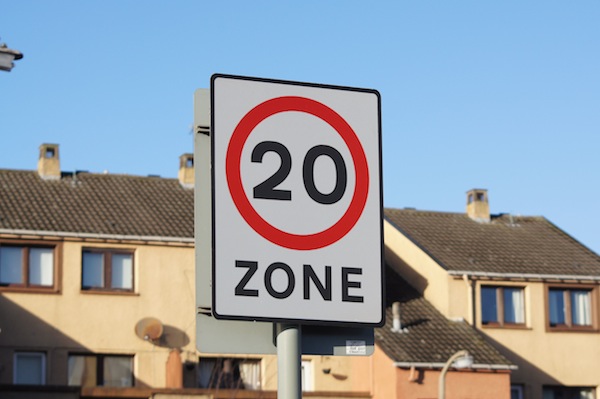 Edinburgh is close to becoming Scotland’s first 20mph city after Councillors approved plans to begin rolling out the speed limit.

Members of the Transport and Environment Committee today agreed a Traffic Regulation Order enabling the implementation of changes.

It is now planned to introduce the 20mph network over six phases, beginning with the city centre and rural west in July.

The move follows a formal consultation across the city as part of the statutory process to apply the speed limit.

I am pleased that we are now able to move forward to the final stages of preparation before introducing a network of 20mph routes to the city, which will deliver a range of benefits to both residents and visitors.

These proposals, aiming to create safer, more attractive streets for all road users, follow a great deal of consultation with the public, which found that the majority of citizens were in support.

These moves will no doubt involve a culture change for all those who live in and travel through the city, but what we want to do now is work to raise awareness and share information amongst drivers, cyclists and pedestrians to ensure a smooth transition.

Responses to the consultation process for the Local Transport Strategy 2014-19, approved in January 2014, helped to shape the Council’s approach to setting speed limits in the urban area.

Reducing traffic speeds has been proven to lower the risk and severity of accidents, which in turn it is hoped would encourage more walking and cycling, reducing congestion and pollution and improving the local environment.

A map of 20mph, 30mph and 40mph limits for the city was passed by Transport and Environment Committee in January 2015, following extensive public consultation with local communities, businesses and other stakeholders.

Elected members also agreed a detailed implementation plan for the phased roll-out of 20mph limits in March 2015, which addresses project delivery, awareness-raising, enforcement and monitoring of the proposed changes.

Find out more about plans for 20mph limits on the Council website.