South-West Edinburgh Basketball Club have announced that Kieron Achara, professional basketball player and Team GB Co-Captain, will be making an appearance at one of their community sessions.

Aged 8 -12 and interested in basketball? Don’t miss this great opportunity to meet Kieron, and also take part in the Club session.

Spaces are limited, so please email: headbasketballcoach@hw.ac.uk to confirm your attendance. 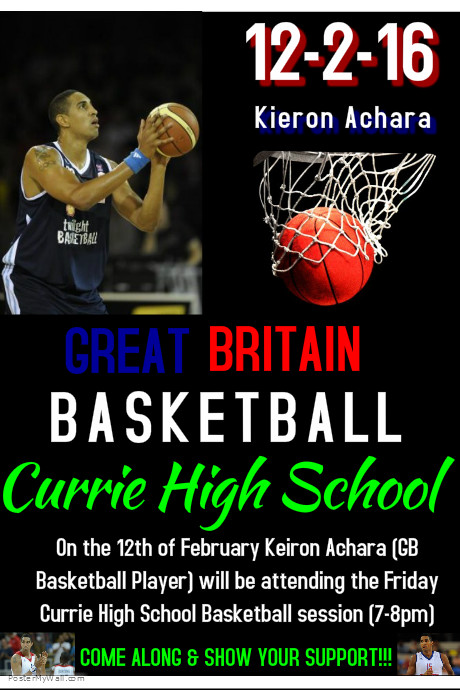 Kieron turned professional in 2008 after graduating from Duquesne University. Starting his career abroad in Italy, he came back to Scotland in 2010 to join Scotland’s only professional basketball team, the Glasgow Rocks. Kieron was part of the British Basketball team which participated in the London 2012 Olympics. The Glasgow Rocks have signed a 2-year deal with Kieron, which will see the 6’10” Scottish star stay in Glasgow until the end of the 2016/17 BBL season.