The Murrayburn Residents’ Organisation met today at Wester Hailes library to discuss the latest on their campaign to improve the bin service in Murrayburn and the recent spate of fires in Murrayburn Place.

The group began by discussing their proposed plans for a Murrayburn Fun day, Murraybloom 2017. They agreed that if they were going to make it the event they all hope it could be then they would postpone in until next year. The hope is that they will be able to hold a sort of fete with several stalls along the greenway with fun games and activities as well as encouraging people to plant bulbs and improve the Greenway. 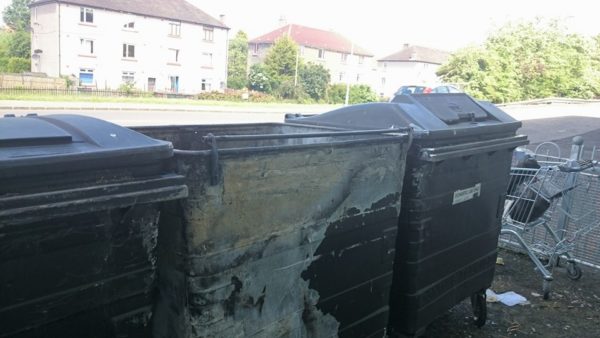 Kerry Quinn, gave an update on her recent communications with Edinburgh Council Waste services. Kerry stated that the residents feel that the bins are still not being emptied to an acceptable level and that her continued complaint to the Council has been elevated to level two. Lukasz, a representative from Edinburgh Council’s Waste services department, commented that the problems they are now having (after previous problems with damaged bins) is a conduct issue with the refuse collectors who are not following the agreed procedures. He added that the Council will respond within twenty days and if this continues after then the Residents should contact the ombudsman. In the mean time any extra complaints or photos the group sends in will be used by the Council to try to make sure the refuse collectors follow the correct procedures.

The Murrayburn Residents Organisation have been campaigning for close to a year to get an improved service when getting their bins emptied. This started after the Council closed the bin chutes in several areas of Murrayburn, a process which the Council wants spread throughout Murrayburn and Hailesland, and replaced them with external bin areas. The Residents argued that the replacement bins were not suitable and that the closure has led to an increase in litter in the area. They have also complained that if bins are only half full when they are to be emptied then they are left meaning that they are overflowing by the next time they are due to be emptied. 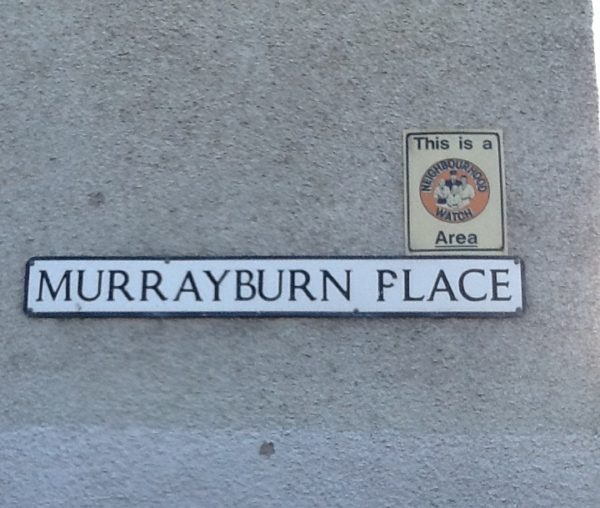 The group then heard from staff from the Scottish Fire and Rescue Service (SFRS) as there has recently been five bin chute fires in Murrayburn Place over a ten day period. The SFRS staff reported that they had been meeting with residents of the area offering advice and encouraging them to ensure that stairs were clear. They added that however the fires have caused a lot of damage, with some stairs having to be redecorated and residents re-homed and hospitalised due to smoke. The Residents commented that these fires were probably due to the increase of anti-social behaviour around the Plaza with Murrayburn Place being located next door. Police Scotland are currently investigating and if you have any information you would like to report contact them on 101.

The fires have meant that both the SFRS and Edinburgh Council are keen to closed the bin chutes in Murrayburn Place and instead provide external bin areas, like those in Murrayburn Gardens. They commented that these are safer and that if the fires continue it is only a matter of time before someone is seriously hurt. The Murrayburn Residents Organisation agreed that they would rather have the external bins than see someone hurt but that the change would likely lead to increase in litter around the area. They added that it was unfortunate that the whole service may have to be changed because of the actions of a few people.

Finally it was suggested that instead of a direct switch to external bins that instead the Council begin with only recycling bins outside. This would allow local people and staff from the Council to work with residents and educate them on recycling procedures. Edinburgh Council staff took note of this and commented that in the future Murrayburn will have two housing officers who will work with tenants and visit properties, this may enable them to help educate people.

The next meeting of the Murrayburn Residents Organisation will take place at Wester Hailes library 12.00pm on Tuesday 9 August 2016.