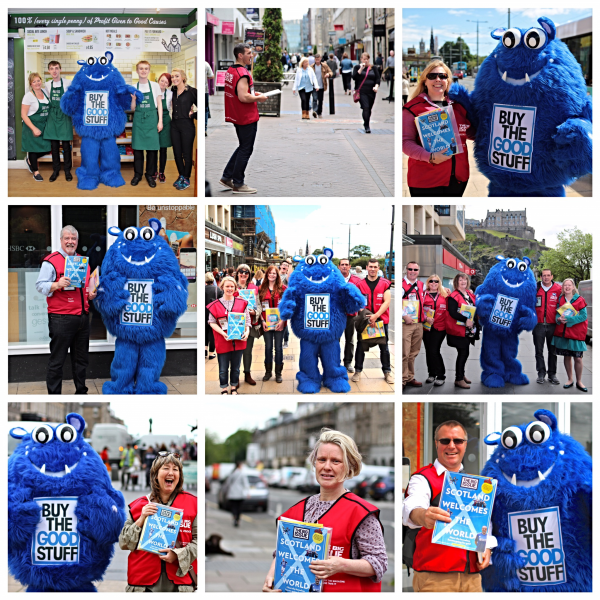 We have had a great article sent in to us from one of our readers about their experience volunteering as a Big Issue vendor with Edinburgh Social Enterprise Network on behalf of WHALE Arts.

I set out to become a volunteer big issue vendor for one lunch hour last week as a volunteer on behalf of WHALE Arts.

I was in the middle of town; it was sunny and thought I could sell about 10 in an hour. I was keen and cheerful about raising funds for the Big Issue.

After about 10 minutes of wearing the red tabard and asking passers by, I had sold none and noticed how many people ignored me or walked around me to avoid eye contact. The people who looked at me and said no thank you were easier to handle. This was harder work than I would have guessed. Then the rain came on!

I sold 2 in the busiest hour of the day and made a profit of £2.50. It was quite exhausting and it would have been easy to become quite despondent.

I spoke to a real vendor who said that selling the magazine had helped him get out of the house and mixing in society again. He said he made £12.50  a day on a good day but a few people were kind to him and asked him if he was okay and a little bit about himself. That was enough for him to keep trying, in all weathers.