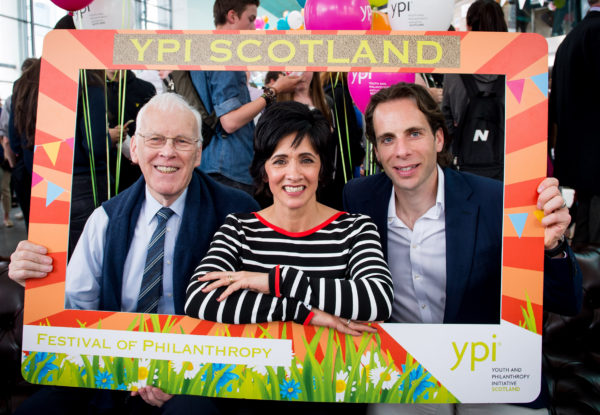 The STV Children’s Appeal has granted a total of £30,000 to support ten projects across Scotland, including the Wester Hailes Youth Agency, in partnership with the Youth and Philanthropy Initiative (YPI).

One of the projects awarded a £3,000 grant is the Wester Hailes Youth Agency – an Edinburgh based project which strives to promote, establish, and operate sustainable services and facilities, which integrate environmental, social and economic factors for the benefit of young people aged 8-25, within Wester Hailes and the surrounding communities of Broomhouse, Sighthill, Parkhead, Baberton, Juniper Green and Longstone.

Being involved in YPI was a joy from start to finish.  We are so grateful to the young people from Forrester High School who chose to support The Youth Agency.  We very much enjoyed working with them and one of the highlights was seeing them grow in confidence throughout the process.  Attending the YPI conference in Perth was a very rewarding experience.  It really was a pleasure to see firsthand the contribution that young people are making to their communities and to witness the journeys that they, themselves, are on.  The YPI grant from The STV Children’s Appeal that we received will help us to continue supporting young people in Wester Hailes and in the surrounding areas.

We have had another successful year with the YPI (Scotland) programme, with more than 26,000 youngsters from across Scotland getting involved and bringing to light grassroots charities that would otherwise not receive national funding.

Working with the STV Children’s Appeal, and other likeminded partners, is central to the continued growth, development and success of the programme in Scotland.  We are delighted that the STV Children’s Appeal has provided funding support for 10 of the 195 charities that were awarded grants this academic year, investing in both youth voice and community social action.

Now in its sixth year, the STV Children’s Appeal is determined to make an even bigger difference in the lives of children and young people living in poverty in Scotland by providing financial support to projects across all 32 local authority areas.

We hope the grant from the STV Children’s Appeal will go a long way to help the Wester Hailes Youth Agency make an even bigger difference in their local community. YPI’s initiative to identify charities that need our support is a fantastic platform to engage with school pupils and helps raise awareness of the issue of child poverty across Scotland.

The ten projects that have been chosen by the STV Children’s Appeal to receive a £3,000 grant for their work within their local community are: