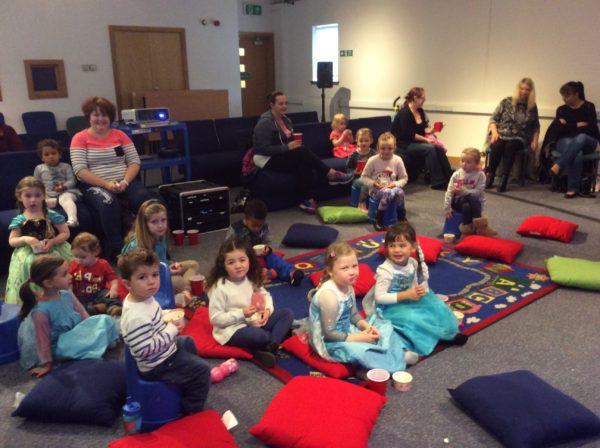 Wester Hailes library has announced that Edinburgh Libraries Film (ELF) Club will be back on Saturday, 26 November 2016, with another amazing film for under 7’s.

The club will be showing Disney Pixar’s Monsters Inc at 11.00am at the library.

Edinburgh Libraries Film Club is an exciting new project, with Wester Hailes Library holding free ‘Family-Friendly’ screenings once a month, aimed at young children and their families.  The aims are to encourage friendships among parents and carers, as well as their kids, nurture creativity, and promote the library as a great place to spend family leisure time, as well as developing a love of books & film from an early age!

Films are shown on a special big ‘cinema-screen’, with surround-sound experience, and the kids all get some popcorn & juice to enjoy!

In future, it is planned to discuss the themes and characters of the screened film, as well as a making of a short film together on a topic chosen by the group.

If you’d like to come along and join in the fun please visit the library to get your tickets, phone on 0131 529 5667 or email westerhailes.library@edinburgh.gov.uk. 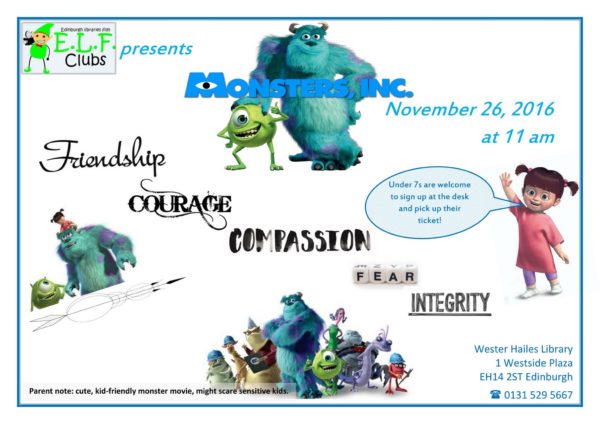