The Wester Hailes Community Council met yesterday at Wester Hailes library to hold their April meeting. The group discussed a variety of topics including reports from Police Scotland and the Scottish Fire and Rescue Service.

The meeting began by discussing matters arising from the previous meetings. The Community Council was happy to hear that the burnt out caravan in the Calders had been moved after several weeks of concern from local residents.

PC Craig Morris gave a report regarding crimes in the area. He outlined that Police Scotland’s ongoing priorities in the area were still violence, antisocial behaviour and vandalism. In regards to crimes he outlined there had been:

PC Morris also remarked that he was aware of the concern from local people that drug dealing at the Plaza was increasing again and that they would be targeting in the near future.

The Community Council were saddened to hear that there had been vandalism in Hailes Quarry Park with the play park equipment and Green Gym getting damaged as well as several new bird boxes being pulled down and burned. They would urge anyone who knows anything to contact Police Scotland on 101.

Community Councillor Treasurer Rik Morley gave a report on some of the meetings he had attended over the month including the Edinburgh Association of Community Councils. The meeting had been discussing alcohol licensing and added that he was pleased there are so few licensed retailers in Wester Hailes compared to other parts of the City. He also reported that the meeting was a good chance for them to meet with some of the other community council especially those in the Pentland Hills area, which all of Wester Hailes will be joining from the May local Government election. In response to this the Community Council would like to invite local people along to a jointly organised Hustings at Gibson Craig Hall on Wednesday 12 April 7.30pm. 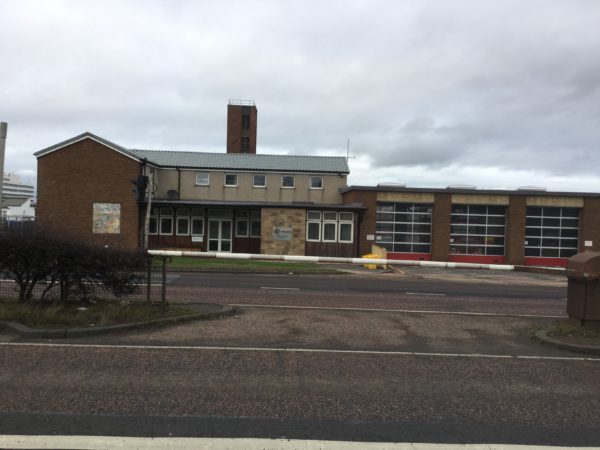 The final item discussed was a report from the Scottish Fire and Rescue Service. Lee Mason from Sighthill Fire Station commented that they had thankfully not been too busy in Wester Hailes over the past month.

In response to the school holidays and the warmer weather Mr Mason added that they were currently visiting local areas including Murrayburn to give information on fire safety and offering flat visits to try to ensure there isn’t the same trouble there as last year. He reported that he expected that with the bin chute closures in Murrayburn he hoped that there would be less of a problem this year. The Community Council added that they agreed that the bin chute closures were important for fire safety however, they added that the pilot in Murrayburn has caused a build up of litter in the streets. They added that since Edinburgh Waste Service is currently under a complaints plan with the Ombudsman they could not support the closure of more bin chutes until the service was improved.

After the main meeting was over Rik was pleased to announce that a Chiffchaff had been seen in Hailes Quarry Park on the 5 March which is the earliest recorded sighting and a Coot has been seen on the canal for the first time since 2008.

The Community Council meets on the first Wednesday of every month. The next meeting will take place on 3 May 2017.