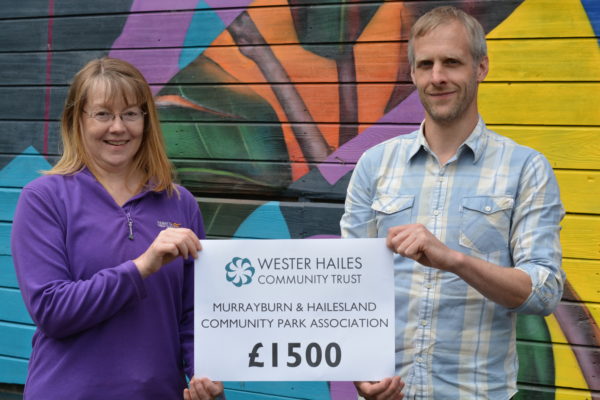 The Wester Hailes Community Trust presented their latest award to the Murrayburn and Hailesland Community Park Association (MHCPA) today which will allow the group to run a series of play sessions around the Greenway.

The £1,500 award will be used by the MHCPA to run a series of weekly four hour play sessions along the Greenway for local children over a three month period. They will also use the award to purchase new equipment for the sessions and hold a Summer Community Fete.

The group’s committee is wholly made up of M&H residents and is supported by Stacey and Emile from Edible Estates and With Kids.

A spokesperson for the Wester Hailes Community Trust said:

It’s great to see new projects such as this one springing up over Wester Hailes and we are delighted to play our part in helping to nurture these at each stage of their development. The Murrayburn & Hailesland Community Park Association is already having a positive impact in their area and are likely to prove an exciting role model for similar organisations elsewhere in the estate