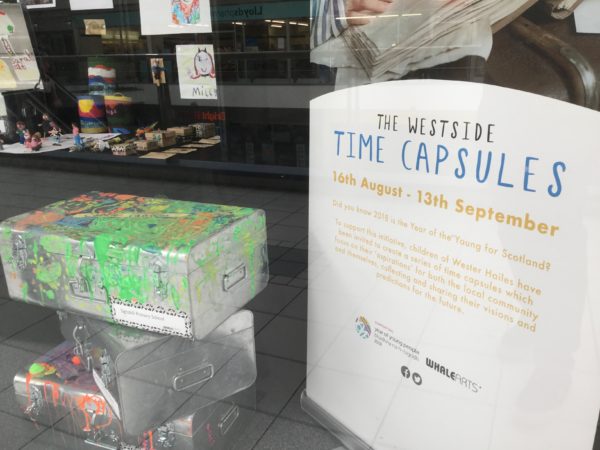 To support Scotland’s Year of the Young initiative, Westside Plaza have teamed up with WHALE Arts, inviting the children of Wester Hailes to create a series of time capsules which focus on their ‘Aspirations’ for both themselves and the local community, collecting and sharing their visions and predictions for the future.

The time capsules were created with school children and community groups across Wester Hailes, supported by WHALE Arts and artist Michael Bowdidge.

They are currently on display at the Westside Plaza, upstairs in the lot next to Greggs, until Thursday 13 September 2018. 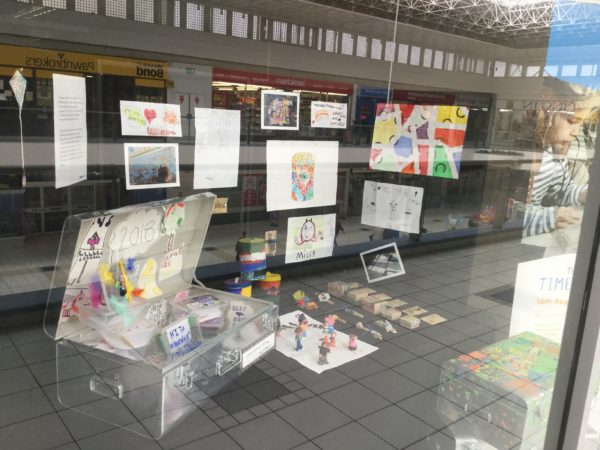