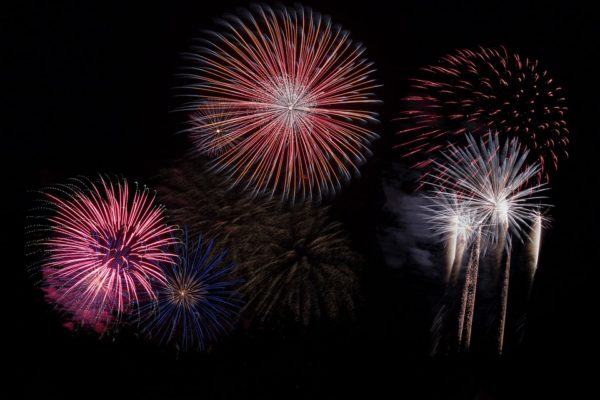 Minister for Community Safety Ash Denham has urged people across Scotland to enjoy organised fireworks safely and responsibly this November 5th, stressing that anyone who puts lives in danger faces robust action.

The Scottish Government has been working in partnership with Police Scotland, the SFRS and the two HM Inspectorates to ensure that services are well prepared for this year’s celebrations and can respond robustly to any anti-social behaviour.

Ms Denham was in Pilton, Edinburgh this morning to discuss on-going preparations with local community partnership members who have been working to promote the safe and responsible use of fireworks in Edinburgh. Ms Denham also met police officers and fire crew staff who have previously experienced unacceptable abuse on or around Bonfire Night.

Bonfire Night is an opportunity for local communities to come together and for families to enjoy fireworks responsibly and I would encourage people to attend officially organised displays where fireworks are controlled in a safe environment.

The safety of the public is paramount and we need to ensure a selfish minority do not spoil the celebrations for others. The use of fireworks as a means of inflicting injury on individuals, including members of our emergency services, is completely unacceptable and illegal. Robust action will be taken against anyone who puts lives at risk.

I was pleased to have the opportunity to hear first-hand from officers and firefighters about their experiences of dealing with abuse and anti-social behaviour on what is one of the busiest nights of the year for our blue-light services. I would urge members of the public to report any criminal or anti-social behaviour to Police Scotland or their local council, or otherwise through Crimestoppers or their neighbourhood watch.

These firefighters are your father, mother, brother or sister – someone’s family. It is beggars belief when I hear that they have either been physically assaulted or verbally abused when trying to assist their communities. This type of behaviour not only prevents our crews from bringing any emergency to a safe and swift conclusion but it can impact on our emergency service colleagues including the police when they have to escort us at the scene.

But be left in absolutely no doubt that it is often down to a very small minority of individuals within those communities. In the run-up to bonfire night I would ask communities to watch our social media channels and website as we launch our #DoNotAttackMe campaign – this will shine a spotlight on the impact these attacks can have on our people behind the uniform, and our response to emergencies.

Once again, violence against our crews will not be tolerated – our firefighters absolutely do not deserve to be met with such behaviour.

For the vast majority of people, last year’s Bonfire Night was either spent at home, or enjoying an appropriately organised fireworks display.  However, a small group of individuals were responsible for localised incidents of disorder, which included the targetting of emergency services personnel.  Such behaviour is unacceptable.

To assist our divisions, a range of specialist resources will be at their disposal to deal with any incidents which arise and officers across the country are continuing to liaise with relevant partners.  We are working with our communities and we want people to enjoy themselves over this period but we will take positive action against anyone participating in disorder and antisocial behaviour.