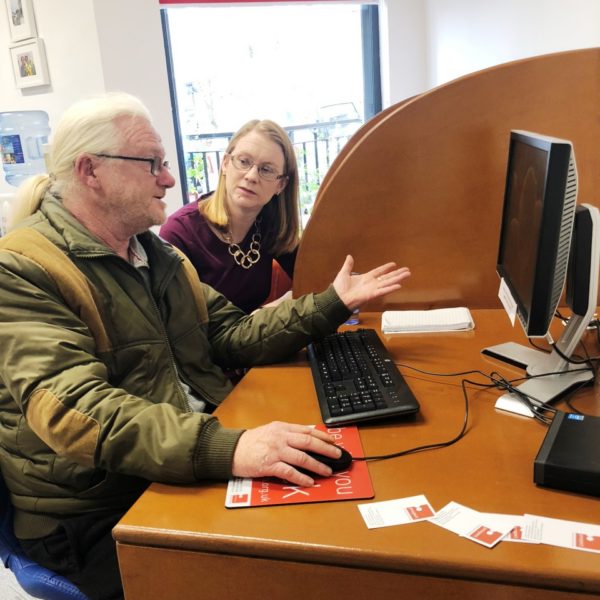 Scottish Government Cabinet Secretary for Social Security and Older People, Shirley-Anne Somerville paid a visit to Prospect Community Housing yesterday to meet with tenants and staff views and experiences of Universal Credit (UC) and in particular, the Scottish Choices which are available here in Scotland.

Nearly one in two people in receipt of Universal Credit in Scotland has chosen for their payments to be paid in a different way when offered the choice by the Scottish Government.

While Universal Credit is reserved to the UK Government, Scottish Ministers have used their limited powers in this area to enable people to receive payments more frequently and/or for the housing cost in their payment to be made directly to their landlords, which should help reduce rent arrears and evictions.

Newly published figures show that, by the end of August this year, 66,700 people had been offered one or both Scottish choices since October 2017, with around 32,000 – almost 50% – taking up the offer.

Universal Credit is causing undeniable hardship and misery to people and families across the country and the roll out of Universal Credit full service comes to Edinburgh from next month.

The UK Government missed an opportunity to use the budget to address the fundamental flaws with Universal Credit including delays to payments, the minimum five week delay in getting first payment and the appalling two-child cap.

The Scottish Government will continue to call for a halt to Universal Credit until it is made fit for purpose. We cannot be expected to fill the £3.7 billion gap in welfare spending caused by UK Government cuts, particularly on a continuing real terms cut in fiscal budget of 5.9% between 2010-11 and 2019-20.

We have done what we can with our limited powers, providing people who receive Universal Credit with choices on the frequency of their payments and paying housing costs directly to their landlord.  We have also committed to introduce split payments of the Universal Credit award in Scotland to ensure everyone has access to an independent income.

The high take-up rate of our Universal Credit Scottish choices is evidence people want more flexibility and adaptability in how they receive the support that they are entitled to.

We were keen to host the visit from the Cabinet Secretary to allow an opportunity for Prospect tenants to voice their thoughts and experiences of Universal Credit.  We would like to thank those who got involved and appreciated their acknowledgement of the support Prospect can offer, particularly via our Welfare Rights Officer, Fiona McLuckie.

Along with our tenants, we are very concerned about Universal Credit which is due to roll out in Edinburgh from late November.  We recognise this will create additional stress and financial burdens on Prospect tenants, with the initial five week delay in payments resulting in increased rent arrears to Prospect.  We would encourage any Prospect tenant who is concerned about Universal Credit to contact us for more information and support.