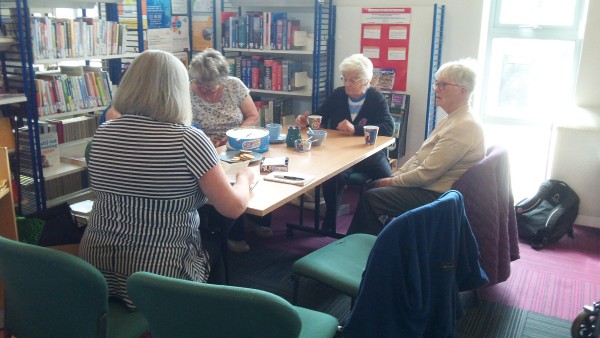 Wester Hailes library runs a fortnightly board game group called Check Mates on Wednesdays, 2.00pm – 4.00pm. We paid them a visit to see how the group was doing and to join in with the fun.

The group which has become one of the most successful board games group in Edinburgh libraries is organised by library worker Joyce Mackay. The game players met at the library’s knitting group Knit and Natter and after repeatedly asking for the group it was launched in the Spring. The group has grown since then with several new members. 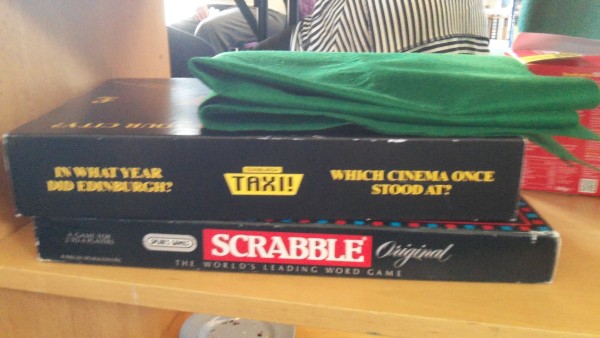 The group meets has a cup of tea, a chat and some biscuits (the day we went along one of the women had baked a cake) allowing for a social catch up before the games start. They play a variety of games including scrabble, dominoes, Edinburgh Taxi which tests local knowledge and (the day we were there) Hum Bug where everyone hummed a ditty or two. The group has a lot of fun and have had to be asked to keep it down in the past as there was too much laughter!

The group welcomes everyone and invite anyone to go along to join in the fun. The next time the group meets is Wednesday 12 August 2015, 2.00pm at Wester Hailes library.