We thought we would take this moment to let some of our newer readers know a bit about the site, how it has changed since it was launched as well as the history of the original Sentinel newspaper. 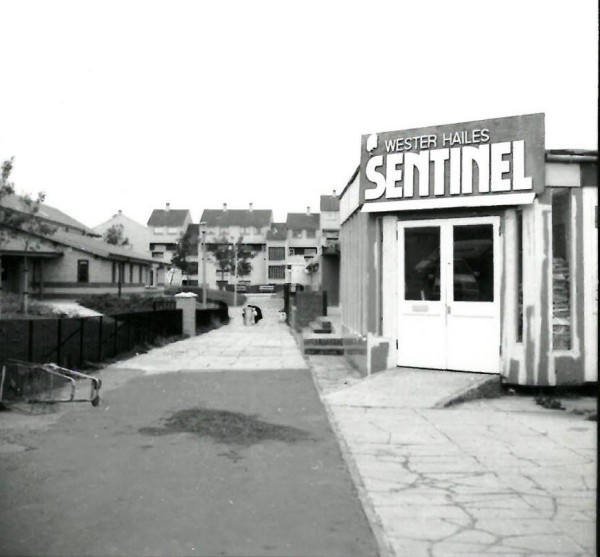 The Sentinel Newspaper was founded by Hector McCrae with the first edition being printed in October 1976. It covered a huge amount of local news and events for 32 years (latterly due to funding cuts as the West Edinburgh Times) giving a voice to the community, and highlighting important issues and promoting good news stories where other news outlets would only show Wester Hailes in a negative light. Due to funding cuts the West Edinburgh Times had to close its doors in 2008. 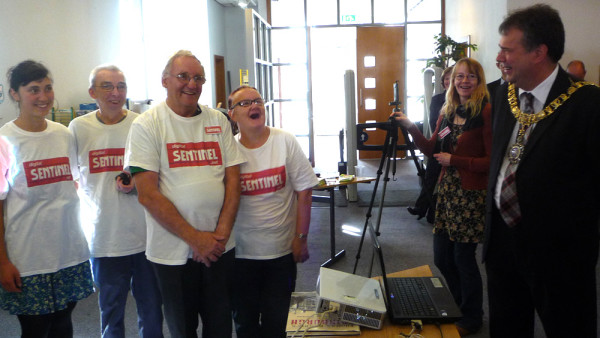 Several local organisations (including Wester Hailes Health Agency, WHALE Arts Agency, Prospect Community Housing, Wester Hailes Community Council, West Edinburgh Time Bank, Wester Hailes Library, University of Edinburgh, Heriot-Watt University, Royal Commission of the Ancient and Historical Monuments of Scotland) grouped together to create the Our Place in Time project, which aimed to create a social history archive of Wester Hailes. The groups decided that a website would be the easiest and most practical way to involve the community. They were able to get funding from the Carnegie UK trust and after some work the Digital Sentinel was launched by the Lord Provost on Monday 7 October 2013!

The earliest article currently available on our website is about a fire at the huts and was published on Friday 9 August 2013. Since then we have covered a variety of events including several Fun Runs, a few festivals and even  a poem or two!

Since we launched we’ve had 41,070 page views with out top five most viewed stories:

If you would like more information about the Digital Sentinel or have an idea for a story you can get in touch with us on digitalsentinel@whalearts.co.uk or 0131 458 3267. You can also submit a story directly on our website here.

Thank you for sticking with us and we greatly enjoy being your source for local news and look forward to providing you a 1000 more articles!