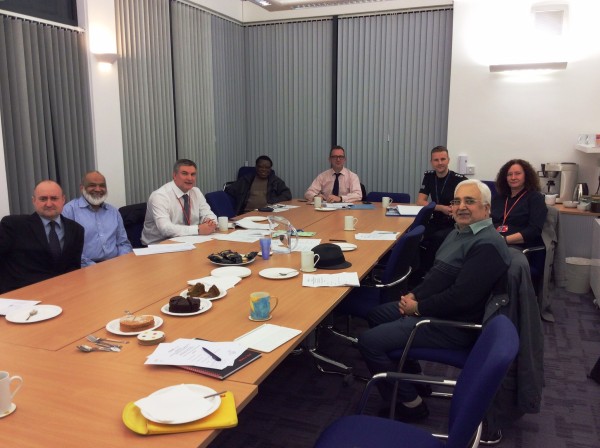 West Edinburgh Group Against Racial Attack and Harassment met on the 23 February 2016 and discussed the recent increase in hate crime as well as hearing reports from the various agencies involved.

As always, those attending heard from the police and about the work they are doing with the community to keep everyone safe. The meeting was concerned to hear that hate crime has risen recently in the area. They also heard about the great success of the Celebration Event in January that was awarded funding by the South West Neighbourhood Partnership and the Pentlands Neighbourhood Partnership. In the past, Police noted that similar events made a big difference in the way members of the community interact. This calls for more efforts to get the Scottish Government involved with the funding of the event on a yearly basis as it is aimed at bringing the community together to promote peaceful co-existence.

Reginald Agu and Abdul Rashid – two of the founding members of WEGARAH were very worried about the future of WEGARAH’s funding. They hoped that funding would be available to keep WEGARAH going so that it can keep carrying out the excellent work it started since its inception 16 years ago (2000).  WEGARAH’s work has helped enormously to tackle hate crime in the area in conjunction with the excellent work from the Police and other partners.