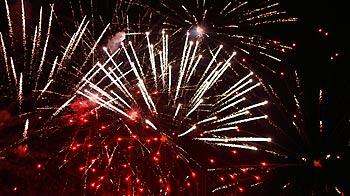 A hard hitting play focusing on the antisocial use and dangers of fireworks will be performed in nine Edinburgh secondary schools, including WHEC, in the run up to Bonfire Night.

‘TOAST’ has been staged in Edinburgh schools for a number of years and will be performed to over 1,000 S2 pupils this week leading up to 5 November.

The 25 minute play is performed this year by professional actors from Strange Town Theatre Company, based in Leith.  ‘TOAST’ not only demonstrates how dangerous fireworks can be but also raises other issues such as peer pressure, bullying and managing aggression.

The production involves two actors playing 11 different roles, with the scene shifting between a home, a school, a hospital and a housing estate.  The principal character is drawn into an ill- fated escapade with stolen fireworks, with tragic consequences.

Bonfire Night is great fun and families enjoy the spectacle of fireworks as the nights get darker. However, fireworks can be extremely dangerous if handled improperly.

The play ‘TOAST’ is an excellent way of helping young people understand the risks and dangers of misusing fireworks. Using drama in this way has resulted in positive responses from teachers and pupils who see it as an excellent way of getting important messages across.

The 12 and 13-year-olds will see the play, which will run from Monday 31 October until Friday 4 November, at the following high schools: Wester Hailes Education Centre, Tynecastle, Leith Academy, Craigroyston, Broughton, Liberton, Trinity, Gracemount and Holyrood.

The weeks around Bonfire Night result in an increased number of complaints to police, fire service and Councillors concerning excessive fireworks noise, which is particularly distressing for older people, the very young and household pets.