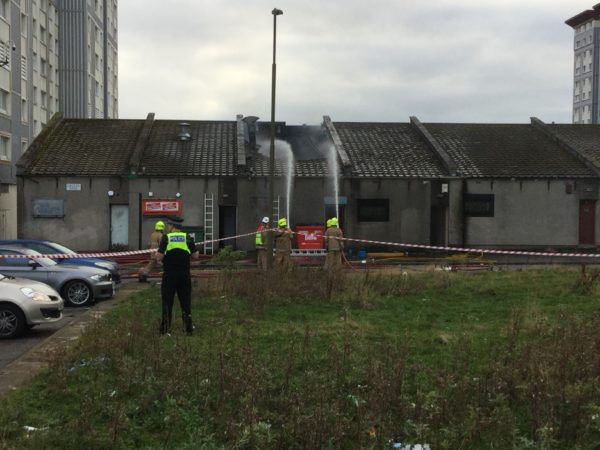 Firefighters today, Monday 28 November 2016, were called to a fire in a local takeaway on Calder Park.

Six fire appliances were mobilised today after a fire was reported at 12.48pm at the Taste of China takeaway.

A statement from fire officials read:

At the height of the incident six appliances were in attendance.

Crews were faced with a well-developed fire on arrival and used a high pressure hose reel and a line of hose to tackle the blaze which had spread to the roof space. Firefighters managed to stop the fire spreading to adjoining properties.

One male casualty suffered burns and was taken to Edinburgh Royal Infirmary by ambulance. The incident has now scaled down and firefighters are dampening down the affected area.