WHALE Community Cinema has announced that they will be holding a special screening of Moonrise Kingdom on Blue Monday, 7.00pm 16 January 2017 at the WHALE Arts Centre.

Blue Monday is a name given to a day in January (typically the third Monday of the month) reported to be the most depressing day of the year. The group think that his means everyone will be in the mood for Wes Anderson’s uplifting film Moonrise Kingdom:

On an island off the coast of New England in the summer of 1965, two twelve-year-olds (Kara Hayward, Jared Gilman) who fall in love, make a secret pact and run away together into the wilderness. As a local search party led by the Sheriff (Bruce Willis) and the girl’s parents (Bill Murray, Frances McDormand) try to hunt them down, a violent storm is brewing off-shore – and the peaceful island community is turned upside down in more ways than anyone can handle.

Entry to the screening is free but donations are welcome. For more information contact WHALE Arts Centre on 0131 458 3267 or at info@whalearts.co.uk. 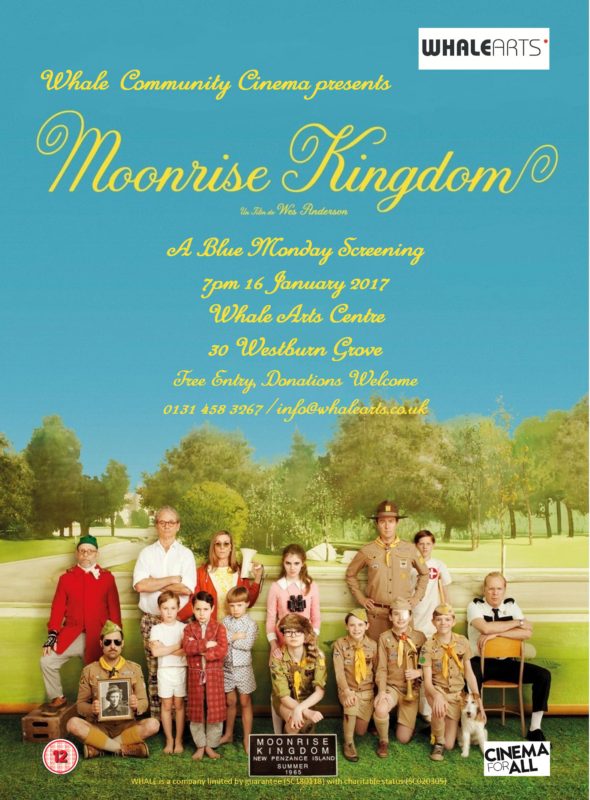