The WHALE Community Cinema is happy to announce that they will be having a special FREE screening of Ken Loach’s new film I, Daniel Blake on Friday 27 January 2017, 6.00pm at the WHALE Arts Centre.

Daniel Blake has worked as a joiner most of his life in Newcastle. Now, for the first time ever, he needs help from the State. He crosses paths with a single mother Katie and her two young children, Daisy and Dylan. Katie’s only chance to escape a one-roomed homeless hostel in London has been to accept a flat in a city she doesn’t know, some 300 miles away. Daniel and Katie find themselves in no-man’s land, caught on the barbed wire of welfare bureaucracy as played out against the rhetoric of ‘striver and skiver’ in modern day Britain.

The film was nominated for five BAFTAs including Best Film, Best Director (Loach), Best Original Screenplay and Best Supporting Actress (Squires). The group would ask that if you are interested in coming along if you could register online on their Eventbrite to make sure you get a seat.

The screening will also be attended by Project Naked who will be collecting sanitary products for food banks and shelters in Edinburgh. The WHALE Community Cinema would like to ask that attendees consider bringing unopened items to donate. 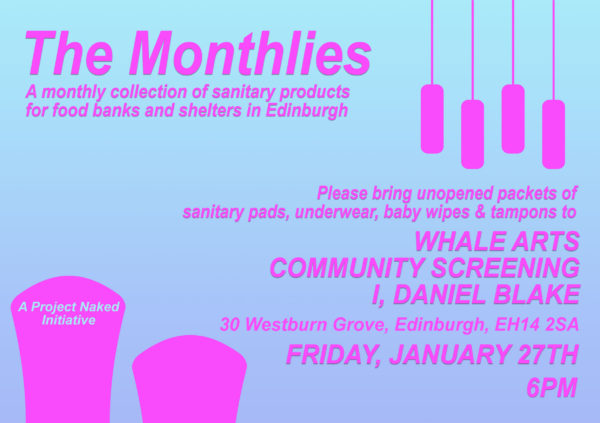 This special screening is brought by Unite the Union. Please note I, Daniel Blake has a 15 certificate. For more information contact the WHALE Arts Centre on 0131 458 3267 or info@whalearts.co.uk 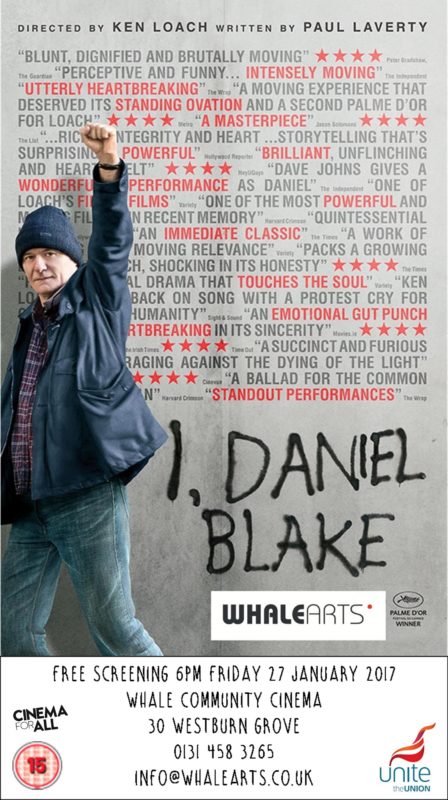