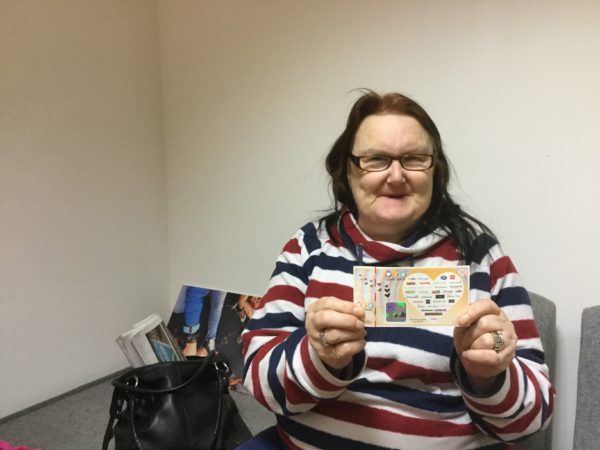 The Digital Sentinel would like to offer our congratulations to local resident Eunice Main who has won £100 Love2shop vouchers in a Prospect Community Housing prize draw after completing their recent postal survey.

It’s the first time I’ve won anything. When Gillian from Prospect phoned me she said, “Congratulations Eunice you’ve won” I cheered and told her I’ve never won anything like it before.

I’ve bought one or two things but I think I’m going to to treat myself on the weekend and have a shopping trip.

I’m so tickled pink its like I’ve won the lottery.

Prospect asked their tenants last month to tell them what they thought about their proposed rent increase of 1.6% from April 2017, to continue their policy of having inflation only rent increases. This year the Retail Price Index figure for inflation is 1.8%.

We had a great response and we would like to thank all those who responded.  67% of tenants who responded agreed with the proposed increase.

We value our tenants’ views and all the comments submitted during the rent consultation were read by Prospect’s committee when making their decision last week.

Prospect has decided to implement the proposed 1.6% increase. With this increase they believe they will still be able to invest in their properties and provide value for money services.