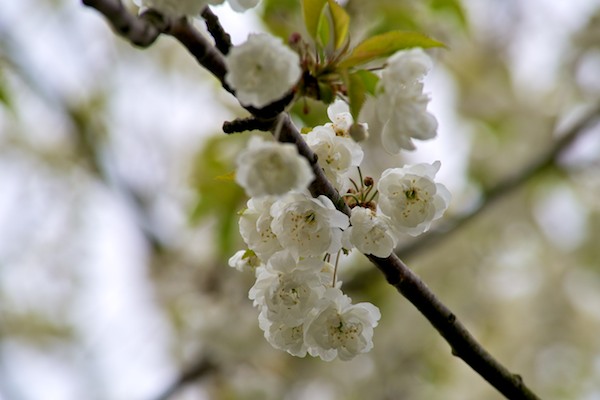 We have had a great post sent into us from one of our community reporters decribing a rather serene Spring walk he took along the Water of Leith to Slateford.

I enjoyed a walk in late February sunshine along the Water of Leith from Saughton bridge to Slateford.  The river surged deep in its own thoughts between steep banks where Alder trees stand, still bare as bones wearing only tattered negligees of ivy. The first grass shoots of Spring were pushing through the dead crust of grey soil, clusters of yellow and blue crocus bravely asserted their colours. On the far bank, across the molten bronze torrent I saw processions of snowdrops nodding their white bells.

Crossing the arched Japanese footbridge you appreciate the primal power of the river below – unknowable and it does not want to know us. Here you see a high security fence surrounding Longstone Allotments – a few tenants had emerged like pale half-blind moles from winter hibernation to inspect their mole-hills. The riverbank path follows the fence for several hundred metres so you can look at many examples of what can be done with a small patch of ground – from vegetable rows coaxed into perfectly spaced parades of carrots and onions to half-collapsed shacks overgrown with brambles. “We don’t plant tatties before Easter” a young Australian tenant explained as I watched her turn over rich compost into a raised bed for seed potatoes. The Committee purchases a bulk supply of seed tatties and the tenants can buy what they need at a low cost. I noticed a few candypink fingers of rhubarb poking up beside her path. “I can’t get enough rhubarb crumble! “ I said – “Yes, I love rhubarb too,” she replied. These allotments extend as far as you can see so must number over a hundred.

Rivers have a mind of their own and go where they wish. At Saughton Jail it has changed course several times carving out new islands and leaving behind lagoons of stagnant water the colour of Limeade. Further upstream is a narrow place where branches and entire trees blown down by gales have floated downstream collecting in a huge pile of amputated limbs. Sometimes runners and cyclists will pass – the protocol is to keep to the left hand side. The path gets quite narrow in places so care should be taken especially when it is muddy for the bank plunges down into the swift dark flood. The noon sun beamed in a pale almost cloudless halcyon sky, there was no wind but I felt cold. The Water of Leith was still a winter Anaconda, brown, writhing and untameable. Soon she will be as lovely as a lamb, sparkly-eyed and mildly meandering in April sunshine.

Winter reveals all our skeletons and I noticed a huge stone mill-wheel half-buried in the opposite bank as well as the inevitable rusty Tesco trolley. However I did not see much litter at all, probably because of local community clean-ups. People who volunteer to do this are citizen saints, in my opinion.

Next I came to a wide hollow where a grove of tall ancient trees seem to create a silence and space that felt spiritual. Beyond I could see my destination – the identical twin viaducts of Slateford (one is for the railway, the second is an aqueduct for the Union Canal). The Water of Leith Visitors Centre is located here and I stopped for coffee and a breather. The shop area displays many leaflets, nature books and cards. I bought a card to send my cousin in Shetland then I left the peace of the secluded river valley and found myself on the banks of a wider more dangerous river – Lanark Road – a river of traffic.