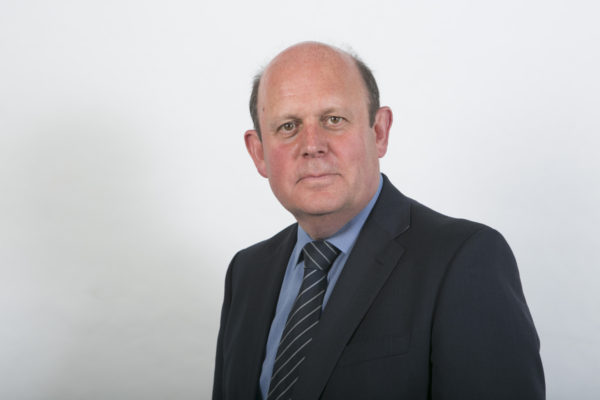 Councillor Frank Ross has been appointed as the new Lord Provost of the City of Edinburgh.

An elected member for Corstorphine and Murrayfield, the former Depute Council Leader and Economy Convener was sworn into the role at the first meeting of the newly elected City of Edinburgh Council (Thursday 18 May).

As Edinburgh’s civic head, Lord Provost Frank Ross will convene all further meetings of the Full Council and represent the city on multiple organisations including the Royal Edinburgh Military Tattoo and Edinburgh International Festival.

To be appointed as Lord Provost is a great honour and privilege. There is no higher civic honour than being asked to represent the Capital of Scotland on a local and worldwide stage. The diverse elements of civic life must have a voice in our Council chamber and I’ll be working to ensure Edinburgh is as inclusive as possible.

Drawing on my time as the city’s economy leader, I hope to ensure Edinburgh remains a thriving and successful capital city which celebrates its international ties. I look forward to showcasing Edinburgh as the unique destination it is.

Edinburgh’s Lord Provostship is an ancient office dating to the 13th century. Councillor Ross succeeds Councillor Donald Wilson to become the 257th Lord Provost of the City. As the Right Honourable Lord Provost of Edinburgh, he will also take on the position of Lord Lieutenant, greeting members of the Royal Family and visiting heads of state to Edinburgh.

As Edinburgh’s Lord Provost, Frank Ross will act as Edinburgh’s ambassador. He will play an esteemed role promoting Scotland’s Capital at home and abroad.

I would like to take this opportunity to welcome Frank to the role and to thank outgoing Lord Provost Donald Wilson for his term of office.