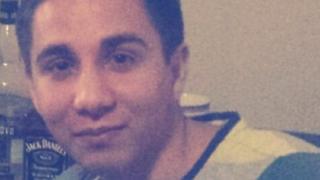 A man whose dangerous driving caused the death of a 20 year-old Hungarian man has been jailed for three and a half years.

Eric Finlayson, 59, was behind the wheel of his Vauxhall Moka when it crashed on 1 January 2016 with a Ford Fusion being driven by David Gaspar.

The High Court in Edinburgh heard how Finlayson was driving at 65 mph in a 30 mph zone.

Mr Gaspar was working as a takeaway driver and had came to live in the Edinburgh in September 2015. He was living with relatives at a house in Barn Park.

Mr Gaspar was turning right from the junction at the Dumbryden Drive at 6.40pm on to Murrayburn Road. He should have seen Finlayson’s car approaching from his right. However, Finlayson was driving at such a speed Mr Gaspar did not have time to react.

Mr Gaspar was taken to Western General Hospital but sadly succumbed to his injuries on Monday, January 11. His parents had travelled from Hungary to be at their son’s side.

This was a young man who had his life ahead of him and who lost that life as a result of your dangerous driving.

Nothing I can do or say and no sentence I can pass can compensate for his loss.

The charge narrates that at the time of the impact you were travelling at excessive speeds of up to 65 miles per hour.

The speed limit is 30 miles per hour. It is clear that the accident would not have occurred had you been travelling within the speed limit.