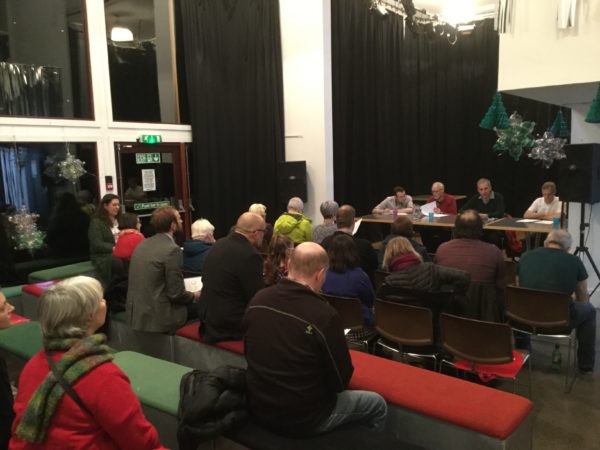 WHALE Arts got in the Christmas spirit yesterday at their Christmas Showcase and AGM, with a performance from WHALE’s resident drama group, Christmas crafting and displays of some of the work done by WHALE’s groups throughout the year.

Their was a chance for people to mingle and enjoy some of the displays before the beginning of the AGM which ran from 6.30pm  – 7.00pm and was guest chaired by local councillor Neil Gardiner.

Councillor Gardiner began by thanking everyone present and WHALE for asking him to Guest Chair. Commenting that he looked forward to learning more about WHALE and all the great things happening at the building through the course of the year. He added that due to his experience as an architect he was keen to find out how he could support WHALE and the Community Trust in any plans to improve the Plaza. 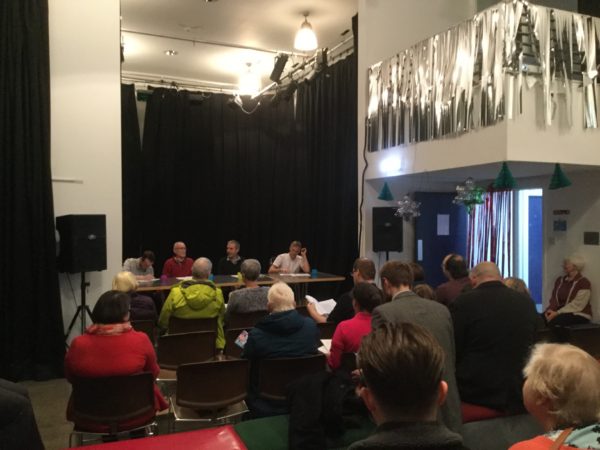 After opening the business of the meeting as well as passing the minutes of the previous AGM. Councillor Gardiner welcomed WHALE Arts board member Martin Pringle to provide an overview of the accounts. Martin gave a positive message stating that the organisation’s income had improved compared to last year which had allowed WHALE to run more projects and events. Martin added that this allowed the organisation to increase their reserves, putting them in a much more sustainable position in the future.

Allan Farmer, manager of WHALE Arts Agency, then presented the Annual Report. He detailed that the report showed it had been a very successful year not only was it WHALE’s 25th anniversary but that they may have engaged more local people in more regular projects, events and activities than at any time possibly in WHALE 25 years of existence.

After the formal business of the AGM Allan presented the annual Spirit of WHALE award. The award launched in 2016 was created to remember former board member Doris Brown it is presented to people linked with WHALE who have have showed creativity, enterprise, a willing to volunteer both with the organisation and without and participated. This year the winner was Fabien for his help continued support with WHALE’s Westburn CAN project.

Concluding the AGM the evening welcomed the team from new project Tasting Change to provide a tasty, nutritious meal of homemade soups and salads. Tasting Change is a cross sector multi-agency partnership, delivered by the Health Agency, CHAI, SCOREscotland and WHALE Arts Agency, to tackle food insecurity and promote positive food and health opportunities in Wester Hailes. Attendees were given the chance to enjoy some of the exhibitions and workshops available including a display of the family trees from members of the genealogy group, a gingerbread bar for icing biscuits, Christmas tree arts and crafts and even purchase some art works created by WHALE participants over the year.

The evening then concluded with WHALE Arts’ resident drama group WHALEs Without a Cause giving their own take on pantomime favourite Cinderella.