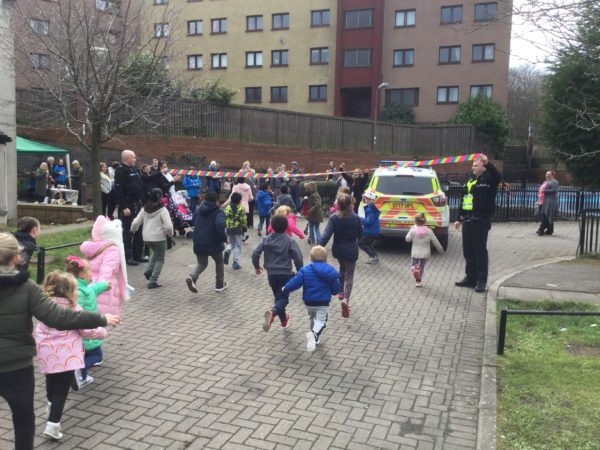 It was all fun and games at Dumber today as Prospect invited local residents along to help celebrate the official opening of a new Play Park.

The official opening was full of activities with WHALE Arts Street Arts team and Creative Placemaker there to add a little creativity with chalk drawing, street painting and even some parkour. The Tasting Change team were also on hand to provide a delicious lunch of soup and energy balls.

The park has been constructed by Prospect Community Housing over the past few weeks after the organisation received feedback from their tenants saying it was something that they felt would benefit the area. The site had previously been a play park but had been abandoned for a number of years.