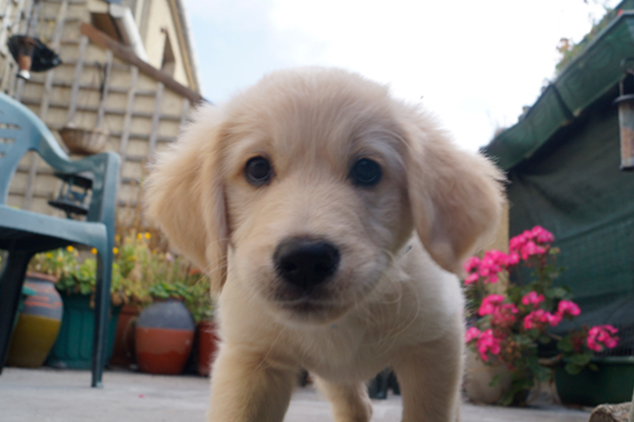 So we now have made puppy feel safe it’s time to learn to be calm. Yes puppies can be calm and when they are calm they become super intelligent. But only if they trust the new home so make sure puppy is feeling safe.

Be calm, as a person, With Your Puppy

This is where most humans make a big mistake because all they want to see is puppy running around like a dafty doing puppy things to make you laugh and be excited. Your puppy is making you feel things that make you happy and all you want to do is show puppy your love and affection …chew the love… and be super exciting. So don’t teach puppy to be excited but rather to be calm.

Be Captain To Your Puppy

In the dog world the Captain would sit or lie down being very still and let the puppies watch at how to behave. When the puppies try to get the Captains attention they will be ignored while being calm and relaxed. It broke my humans heart to ignore me while sitting in the same room with me because he realised he was going to miss out on fun at any time. Training, walks, fun and games were when he started and ended them and then it was back to being calm and quiet.

But I just wanted to copy everything he did after all he is the Captain in our relationship …chew the captain… and if he’s made everything safe then I want to learn to be a Captain.

Here’s looking at you

So I learned to flop around the place and chill and do nothing. It’s a dog’s best skill when taught by being shown. There are no words that will teach this to a puppy, an older, calm dog will show a puppy how to behave very quickly and so can a human by being calm.

And yes I would cuddle up to him and go to sleep and he would carry on watching TV like I wasn’t there. But I was and he was too and when you stroke us puppies we think you are cleaning us like a good parent. It’s why grooming your puppy is so important and more on that in a later blog …chew my blogs… 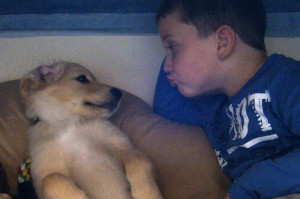 What were the key ingredients of teaching calm?

Supervision in a calm and quiet way

I lived in one room for my first month because a change in environment is very scary for a puppy and they get super excited and will pee straight away. He decided that getting into the hall or another room would be a treat for doing well at toilet training and would really motivate me to get it right and he was too.

Once outside my human would make me sit and watch cars, buses, birds, dogs, cats, humans and even leaves blowing in the wind. By making me watch it gave me time to work them out and not get excited when I see them in the future. He especially did this with buses as we travel on the bus in Edinburgh. He would wait at bus stops and let me watch people getting on and off many times before we first went on one.

Training, fun, games and eventually walks were when he started and finished and he always finished all activities by sitting still and ignoring me until I flopped and went to sleep. We puppies sleep a lot and if you have an older calm dog then they are perfect for showing puppy that we are all calm.

By being consistent in showing me these things I quickly learned to be calm, so much so that I often get mistaken for a dog and not a puppy.