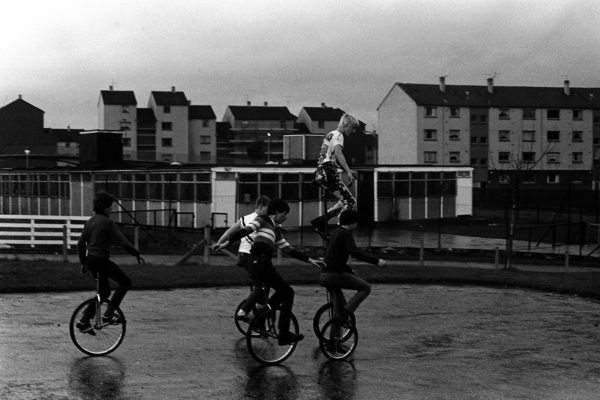 Do you remember the Children’s Circus?  We were asked about an article on the From There To Here blog by Eddie Barclay who used to be in the Wester Hailes Children’s Circus and who had spotted people he recognised in one of the article’s photos.

Circus workshops for children were started in Wester Hailes in the early 1980s, run by Haggis The Clown otherwise known as Mike Alderdice who had originally been on a Youth Opportunity Post. The workshops were set up by the Wester Hailes Festival Association who had been inspired by Reg Bolton’s Suitcase Circus that had travelled around different parts of Edinburgh during Festival weeks. Reg was interested in how circus skills could be used to improve confidence and encourage learning. The workshops in Wester Hailes were so successful that a travelling Children’s Circus was set up, and the group toured across the country. You can read more about the Children’s Circus in a copy of the Sentinel from 1982.

The Sentinel archive had several photos of Haggis and the Children’s Circus in action and some of these are below. Eddie said in his comment that “these were great times as a kid and it would be nice to see the faces of the others in the group again.”