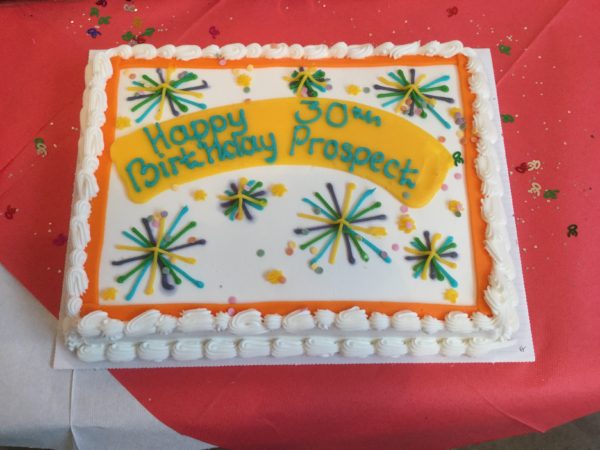 The event began with their Annual General Meeting where the organisation proudly announced the work they have carried out through the year including the installation of boilers and kitchens, and their involvement in several community projects particularly Tasting Change and the Fun Run.

After the official business it was time to celebrate, with the premiere of a special short Film created by the WHEC Film Makers interviewing the organisations residents and staff. You can watch an embedded version of the film here:

There was then plenty of food, fun and games for all the family with face painting, an exhibition of photos from Wester Hailes over the years, a disco and a quiz.

Prospect began as the Wester Hailes Community Housing Association in 1988 thanks to the efforts of a small group of local residents. In the space of four years it secured funding approval from the government for a major development programme in the area, recruited its first members of staff, acquired the land at Hailesland from the City Council and designed and constructed the Walkers estate. Prospect now have almost 900 homes in Wester Hailes.  These homes are a mixture of flats and houses in both new and refurbished estates.