SCOREscotland Green Futures Project will be holding a screening of ‘This Changes Everything’ at the WHALE Arts Centre on Tuesday 11 December 2018, 6.00pm – 8.00pm.

What if confronting the climate crisis is the best chance we’ll ever get to build a better world? Filmed over 211 shoot days in nine countries and five continents over four years, This Changes Everything is an epic attempt to re-imagine the vast challenge of climate change. The film presents seven portraits of communities on the front lines, from Montana’s Powder River Basin to the Alberta Tar Sands, from the coast of South India to Beijing and beyond. Interwoven with these stories of struggle is Naomi Klein’s narration, connecting the carbon in the air with the economic system that put it there. Throughout the film, Klein builds to her most controversial and exciting idea: that we can seize the existential crisis of climate change to transform our failed economic system into something radically better.

The screening is part of the Take One Action Film Festival. Snacks and refreshments will be provided along with activities for children. Call 0131 442 2341 or email jolly@scorescotland.org.uk for more information or to book. 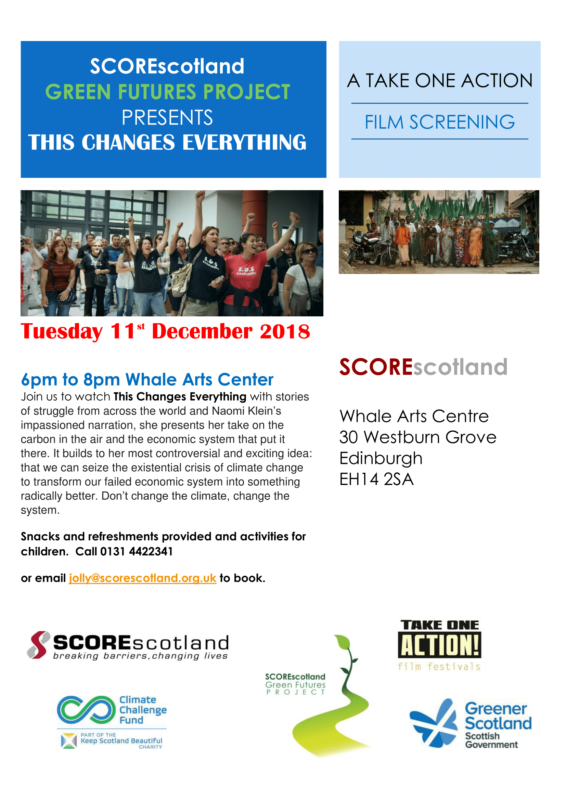