Hate crime is a priority for Police Scotland and the campaign seeks to reinforce the message that prejudice based on:

will not be tolerated.  The campaign aims to provide a greater understanding to the public about what constitutes hate crime and how it can be reported.

Police Scotland have organised a timetable of activities covering various areas of Scotland.  More information can be found below

The Definition of a Hate Crime:

Hate crime is defined as a crime perceived as being motivated by malice or ill will towards a particular social group on the basis of their actual or presumed sexual orientation, transgender identity, disability, race or religion.

Individuals who think targeting people who are different to them is acceptable behaviour are being forced to think again. Police Scotland is working with partner organisations to end such activity and bring perpetrators to justice. 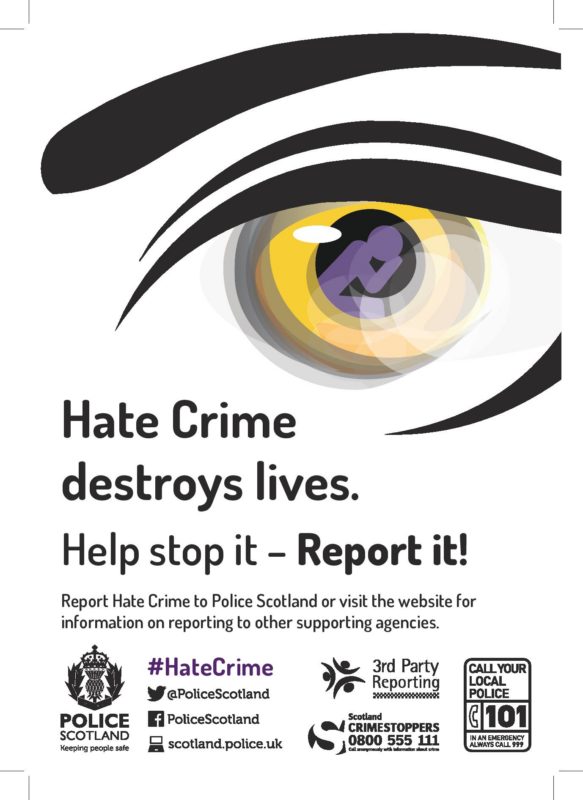